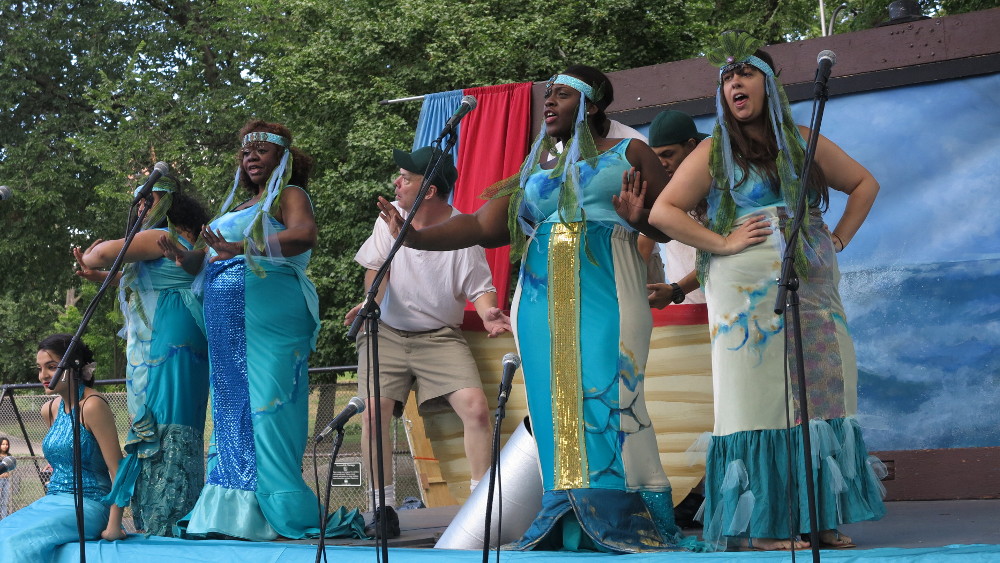 Street Theater Summer Tour of “LIBERTY Or JUST US, A City Parks Story”

“LIBERTY Or JUST US, A City Park Story” is an oratorio that honors New York City parks for being sites of activism for many 20th and 21st century progressive causes, from the Triangle Shirtwaist protests to Occupy Wall Street. It revisits these movements through the eyes of a contemporary Parks Manager in songs featuring him and the multi-ethnic, multi-abled ensemble. The piece celebrates the idea that the USA can be a country of all its people, that moral aspiration can be reinvented to harness energy to overcome our problems, and that our vision can focus on dignity rather than power, equality rather than wealth and solidarity rather than competition. The audience is invited to sing along, both in new songs and in new lyrics for old tunes.

Since outdoor performance permits are not being given at this time, Theater for the New City has adapted its 2020 Street Theater tour to the virtual space. The theater will live stream its new production, “LIBERTY Or JUST US, A City Park Story” from August 1 to September 13. The piece is an oratorio written and directed by Crystal Field and composed by Joseph Vernon Banks. Its playing schedule will be Saturdays and Sundays at 2:00 PM plus Friday, August 14 at 7:00 PM. Each performance will pay tribute to the park, playground or neighborhood street it was originally scheduled for.