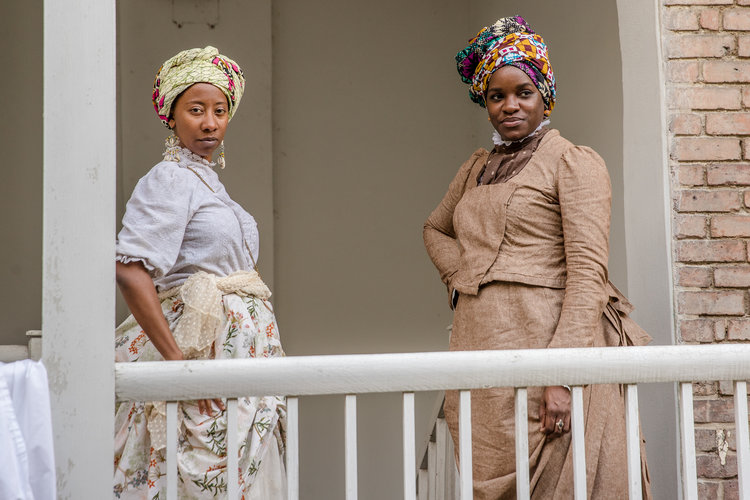 The Stranger Disease is an immersive theatrical performance set in 1878 during one of the worst yellow fever outbreaks in New Orleans’ history, and performed in the Gulf South’s oldest residence, Madame John’s Legacy (632 Dumaine Street).  The work follows seven main characters who live in, or orbit around the house as they contend with the epidemic and the rapidly changing ‘color line’ in Reconstruction-era New Orleans.  Small groups of audience members can follow any of the characters through the house over the course of the hour-long show: they can sit with Joe in the sick room, follow boarding house operator Adeline, or trail servants and family members as they eat, mourn, and scheme.

The piece was created in partnership with Cassandra Erb, the Louisiana State Museum (LSM), and Friends of the Cabildo, and was presented in the LSM’s historic property, Madame John’s Legacy. The Stranger Disease sold out its five-week run and won professional accolades: four Big Easy Theatre Awards (Best Play, Best Director, Best Ensemble, and Best Original Work of Theatre), a 2019 History in Progress Award from the American Association for State and Local History (AASLH) Leadership in History Awards, and an Award of Excellence.

Brad Rhines of The New Orleans Advocate wrote, “The Stranger Disease is a fascinating dive into New Orleans history. The day-in-the-life narrative reveals small moments of late 19th-century city life while exposing larger social issues.  To the ensemble’s credit, the show is impressively accessible to contemporary audiences. This isn’t a museum exhibit. It’s a stirring piece of theater.”