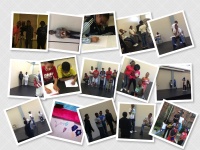 From Script to Screen is a series of workshops teaching the basics of film production to urban middle-school students in Jersey City, New Jersey, which will result in a short film that will be professionally edited and entered in film contests. Read More

A documentary about performers with disabilities trying to make it in New York City. Read More 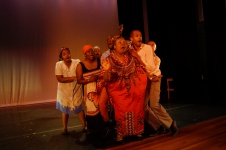 “The Life and Times of a Coral Polyp”

St. John School of the Arts

KICK IT! (Kids Impacting and Connecting with Kids through Informative Technology) offers children ages 9 – 17 a three-week summer intensive program that teaches children how to make a video while promoting an important message. Read More

Goddess On Earth: Women of Essex County, A Multi-Media Installation by Lisa Levart