The Puffin Foundation Ltd. has sought to open the doors of artistic expression by providing grants to artists and art organizations who are often excluded from mainstream opportunities due to their race, gender, or social philosophy.

The Puffin, once endangered in the northeastern United States, was returned to its native habitats through the efforts of a concerned citizenry. Our name is a metaphor for how we perceive our mission in the arts: to join with other concerned groups and individuals to ensure that the arts not merely survive, but flourish at all levels of our society.

On the Murder of George Floyd, and the Need to End Racist Policies, Laws and Attitudes.  We Stand with the Protestors.

The brutal & systematic oppression of Black lives has existed throughout our country’s history. Racism has been used, encouraged, and promoted to justify slavery and an economy that profits on cheap labor and pitting one group against another.  The murder of Black people at the hands of the police must end.  Reforms to policing must be made. But we must also commit to ending the institutional racism that pervades our society and the laws and policies of our nation.  We salute all those who have been protesting racial injustice and advocating for reforms across the country; we are the majority. The Puffin Foundation hopes our work will help to inform and support efforts to promote racial justice in these challenging times.

“In a racist society, it is not enough to be non-racist, we must be anti-racist.” -Angela Davis

“Never doubt that a small group of thoughtful, committed citizens can change the world; indeed, it’s the only thing that ever has.” -Margaret Mead 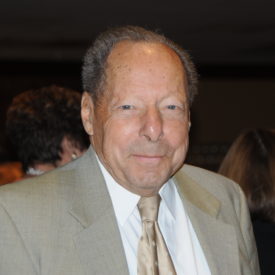 To celebrate Perry’s life and legacy we invite you to share your memories, stories, and reflections on this Facebook page, and to enjoy those shared by others. Perry Rosenstein: A Life and Times Memorial. We’d also like to share some of the other warm words and tribute’s we’ve received. A tribute Read More 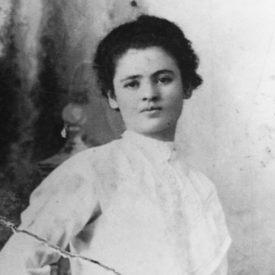 A project of Labor Arts, the Clara Lemlich Awards for Social Activism recognize living legends, women no younger than 80 who have made tremendous contributions through their social, cultural, and political activism. Puffin salutes these remarkable women and has long supported the awards. Mark your calendars… this year’s ceremony will take Read More

Just announced:  Singer-songwriter and rabble-rouser, Billy Bragg will perform for the 2021 ALBA/Puffin Human Rights Award celebration on May 2nd. This year’s winner of the Award, My Brother’s Keeper, is being recognized for their work to eliminate health disparities among underserved, uninsured/underinsured, and other vulnerable populations and in recognition that health Read More 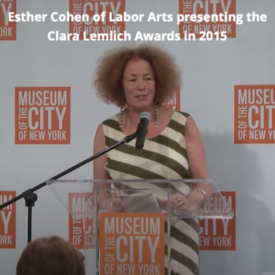 Issue 02: Women’s History, Women’s Activism The Puffin Foundation has a deep commitment not just to preserving history, but to demonstrating how the legacy of activism resonates with and informs our current moment. This work finds expression in monuments, awards, exhibits, and a multitude of grants, often in partnership with Read More