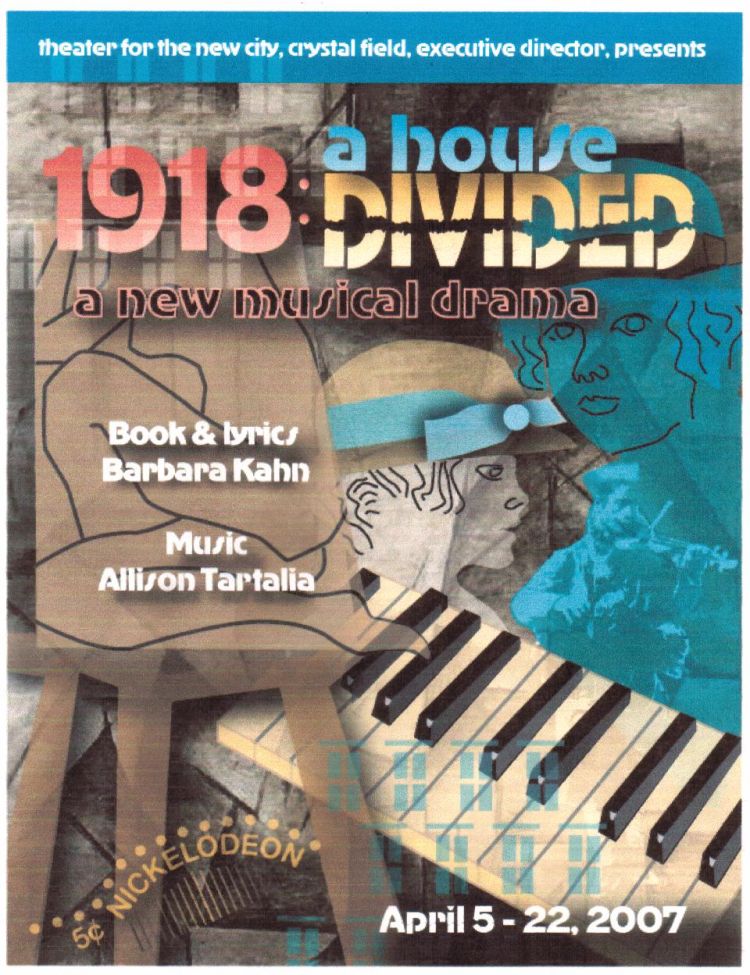 As a first generation American, I know very well the difficulties of immigrants raised in the traditions of Eastern European in adapting to their new homes in America. Aside from learning a new language (and new alphabet), they were often without the support of their extended family. They watched their American children drift into lifestyles beyond their understanding. 1918: A House Divided recreates the “worlds apart” of an immigrant household in Brooklyn and the nascent gay and lesbian community in bohemian Greenwich Village. It expresses the anguish of displacement and the familial love that overcomes the generational, cultural and sexual divides. Students in an art class sometimes argue about the war and always argue about art, which is going through its own transition from 19th century impressionists to 20th century moderns. When an immigrant discovers that his daughter has secretly enrolled in the art class and has found love for another woman, he disowns her. Her pregnant sister, whose husband is fighting in France, is torn between love for her sister and the strict religious observance of her father. Homosexuality was forbidden and scorned, yet it drew tourists to the downtown “drag balls” in 1918, just as it draws tourists and tour buses to Greenwich Village today. The play recreates one of those events that were held at Webster Hall in 1918. Storefront nickelodeons provided cheap entertainment, and the play presents both original and vintage silent movie excerpts in the production. The Italian accompanist in the nickelodeon is stranded by the war and fears for her family. A draft notice brings the war home to the art students. Further loss comes from the NYC subway crash that killed hundreds, bringing reconciliation through shared grief. The play ends on a hopeful note as peace comes and the new decade of the Roaring Twenties looms ahead. The cultural richness of New York was reflected in the many musical sounds, from jazz to ragtime to ethnic folk music brought here by immigrants. Allison Tartalia, an award-winning composer, created an original score that replicates the music of the time period. My lyrics enhance the story line and reveal the emotional life of the characters.