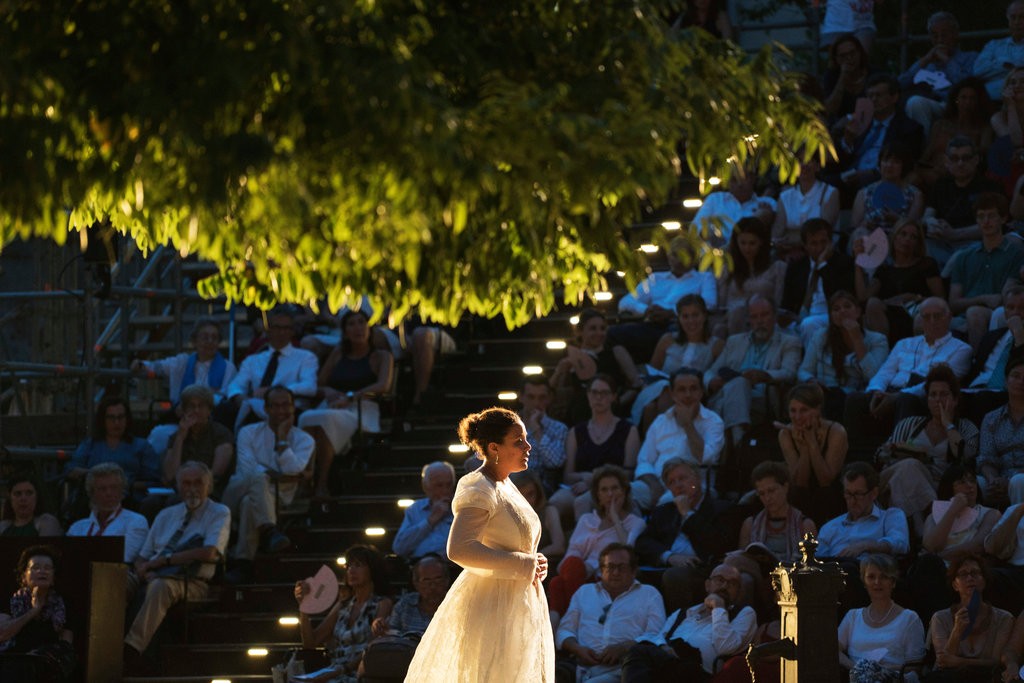 A Gathering of Strangers: the Making of The Merchant of Venice

The story begins when England’s William Shakespeare set one of his most controversial plays, The Merchant of Venice in Venice, Italy—a distant place he had never seen. Four hundred years later, in June 2015, we dive into the final auditions for a production—a year out from the first performance of the play set in the Venetian “ghetto.” Table reads and preliminary blocking start. Multiple languages and accents are embraced, the dramaturg has her hands full. We learn that award-winning theatre director Karin Coonrod has cast many of the principles from New
York, London, and Rome. She hunts for the final cast members to round out a group of seventeen. Paul Spera, U.S. Supreme Court Justice Ruth Bader Ginsberg’s grandson, and Linda Powell, General Colin Powell’s daughter, play starring roles, as do the great ‘House of Cards’ actor Reg E Cathey, who tragically died just this year. Anti-Semitism and discriminatory attitudes are on the rise around the world and threaten the foundations of our ‘rule of law.’ Karin Coonrod, as the principle protagonist of this documentary, looks to explode simple notions of how Shakespeare’s language can be interpreted. She pushes, cajoles, questions, and shares deeply—never stopping.
The production loses the actor playing Antonio—the Merchant, Reg E. Cathey. ‘Outcast’ pushed up production on its next season. Reg E. stays long enough to generously mentor his replacement and has to leave the production. Locals living in the Ghetto, many Orthodox Jews, are alarmed by the play’s presence and worried about its anti-Semitic legacy. We cover all of these dynamics in this production as well as visits by Ruth Bader Ginsberg and internationally-known lawyers,
actors and writers.
Filmmaker Ted Hardin
Long Distance Production Films
https://www.ldpfilms.com/films
The Gathering of Strangers—the Making of the Merchant in Venice trailer
https://vimeo.com/451293450
password: Merchant trailer