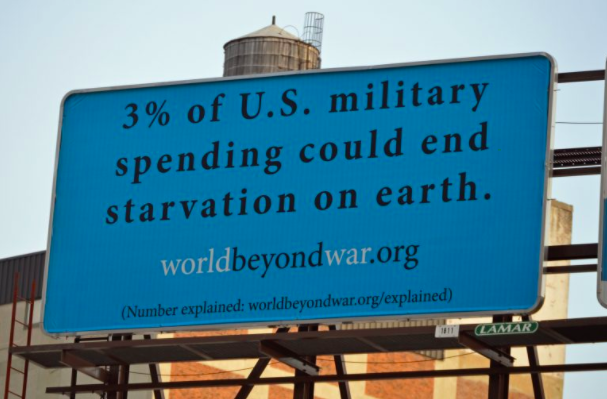 In 2008, the United Nations said that $30 billion per year could end hunger on earth, as reported in the New York Times, Los Angeles Times, and many other outlets. The Food and Agriculture Organization of the United Nations (UN FAO) tells us that number is still up to date. Thirty billion is only 2.4 percent of 1.25 trillion. So, 3 percent is a conservative estimate of what would be needed. As noted on the billboard, this is explained in some detail at worldbeyondwar.org/explained.