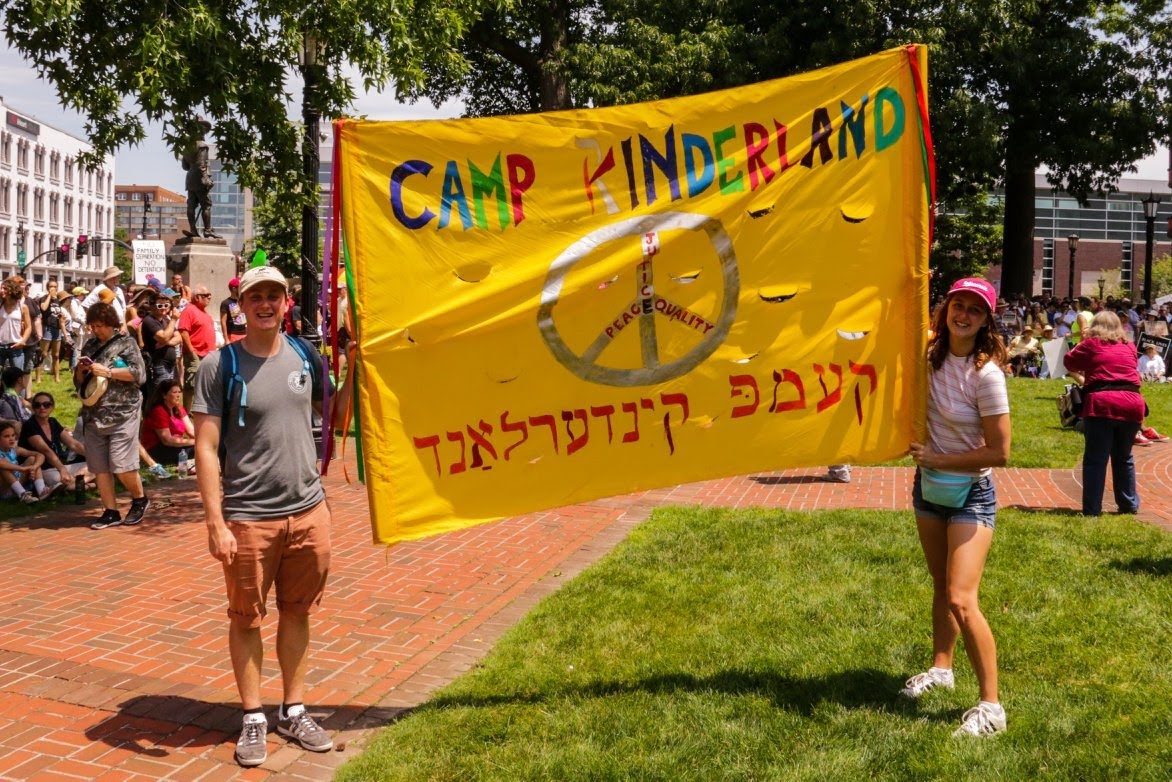 Camp Kinderland was established in 1923 by Jewish labor activists in New York, who wanted to provide a summer escape from the city for working class families. The founders of Kinderland believed that Jewish culture includes a responsibility to social justice. The camp program focused on the labor movement, and other progressive causes.

Over the years, Camp Kinderland has grown into a multicultural summer camp and community that honors our progressive secular Jewish roots through our commitment to economic, racial, and social justice. Kinderland’s summer programming and year around activities integrate progressive values with arts, recreation, and activism in a compassionate and caring environment.

Our cultural programming honors and celebrates peoples history, from the International Brigades in Spain, anti-fascist efforts in the World War II era, to the ongoing effort for racial, economic, and environmental justice and a world without war, and. As Kinderland approaches its centennial year, we celebrate that camp and campers have always been active participants in movements for a better world.

As at many camps, our campers play sports, swim and hike, gain new experiences in arts, drama, music, dance, nature and camping. But at Kinderland they also encounter ideals of social justice and peace. They don’t hesitate to learn a labor and civil rights songs in Yiddish or Spanish, paint a mural of Harriet Tubman or write a skit about putting an end to war—that’s just what you do at Camp Kinderland, where it is okay to think, to care, to question and to act. There is nothing quite like it; and it works because the values of community and culture, of justice and righteousness, are inextricably integrated with the friendship, the joy, the beauty, the sheer fun and adventure, of life at sleepaway camp.