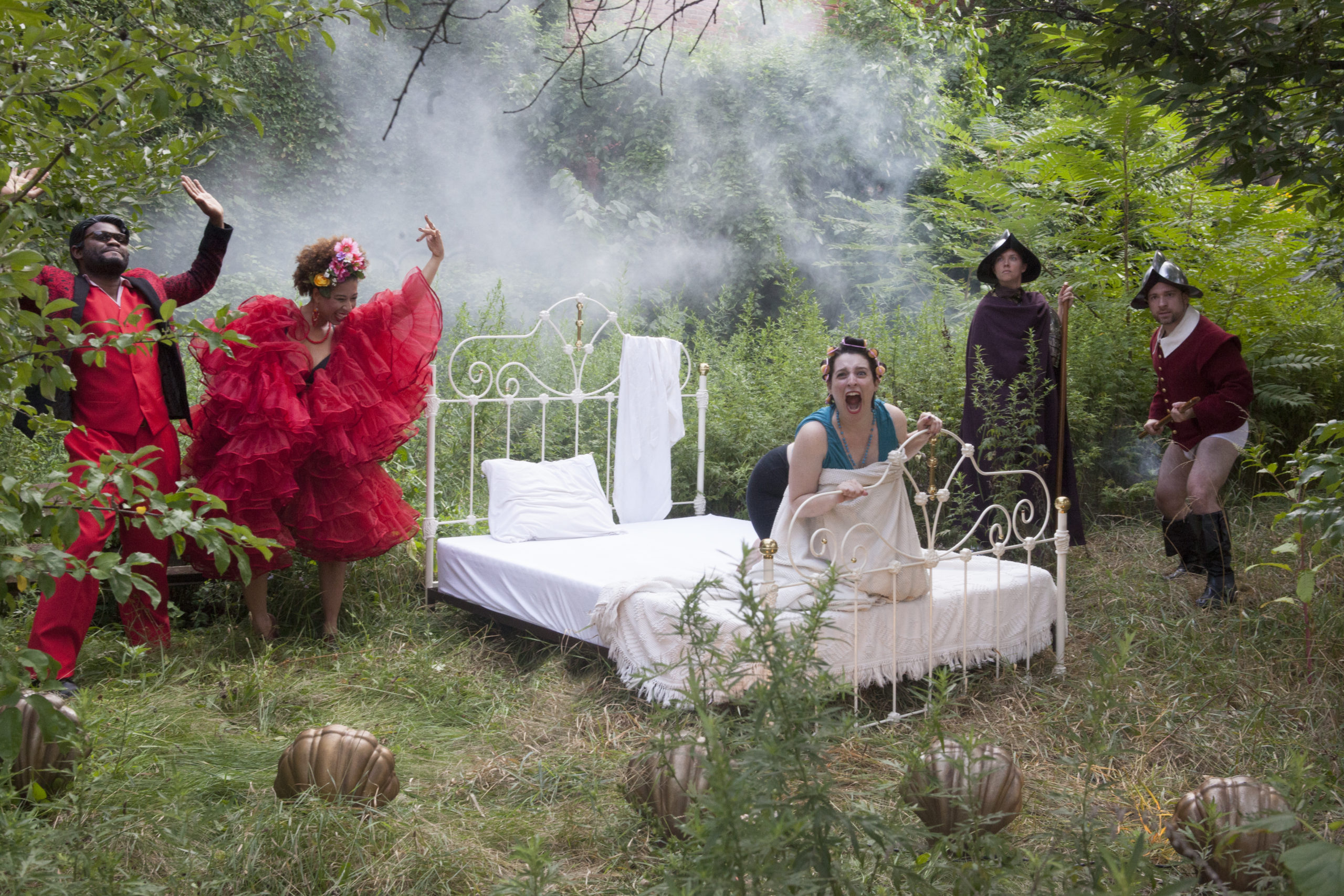 ¡BIENVENIDOS BLANCOS! OR WELCOME WHITE PEOPLE! is a bilingual theatrical production that explores the role of “whiteness” in the contemporary Cuban and Cuban-American experience. Created through a multi-year collaboration between Cuban and American artists, BIENVENIDOS focuses on a recurring pattern in Cuban history: the dream of independence and sovereignty thwarted by a necessity to please and appease the “white man.” From the Spanish Conquest to today’s influx of American tourists and businesses, Cuba’s racial, economic, and political history is littered with hardships and compromises that have had a direct and long-lasting impact on the lives of its people on and off the island. BIENVENIDOS attempts to capture the particularities of this impact, touching on themes of survival, immigration and the diasporic experience, looking towards the past to understand the complexities of the present.