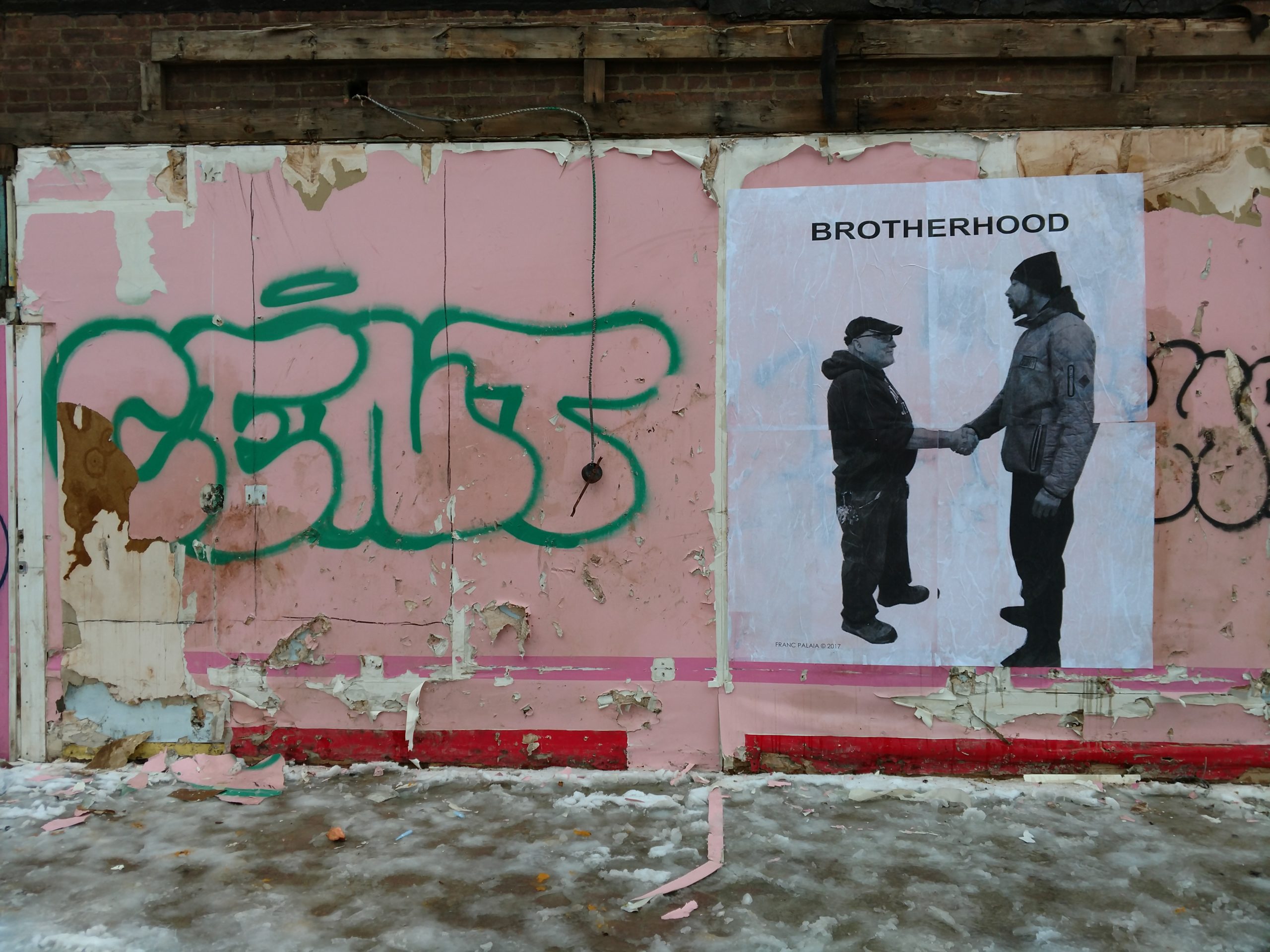 Community Portraits was a photographic public art project executed in Poughkeepsie, NY in 2017. The portraits consisted of large 6’x8′ black and white photographs on paper of two people of various ethnicities facing each other and shaking hands. This series was inspired by the violence and urban strife that occurred across the US between blacks and whites in 2016 and 17. They were protesting the violent treatment of African Americans. I was disturbed by this and when I realized that my hometown of Poughkeepsie NY was very similar to Fergusson, Missouri, where one of the most notorious riots occurred, I wanted to use my skills as a visual artist and public artist to address this issue. I am also a muralist so I am familiar with urban walls and how large images on walls can affect a community.  Approximately 30 Community Portraits were wheat-pasted throughout downtown Poughkeepsie. Each photograph had a bold heading text of one word, such as, FRIENDSHIP, FAMILY, PARTNERSHIP, BROTHERHOOD, SISTERHOOD, COMMUNITY. The people depicted were African- Americans, Whites, Asians and Latinos, and the headings were is five different languages, English, Spanish, French, Italian and Chinese..Some lasted a few days, others lasted several months. They were never meant to be permanent. The local newspaper, the Poughkeepsie Journal published a short video and article on the project. The overall reaction to Community Portraits was positive.