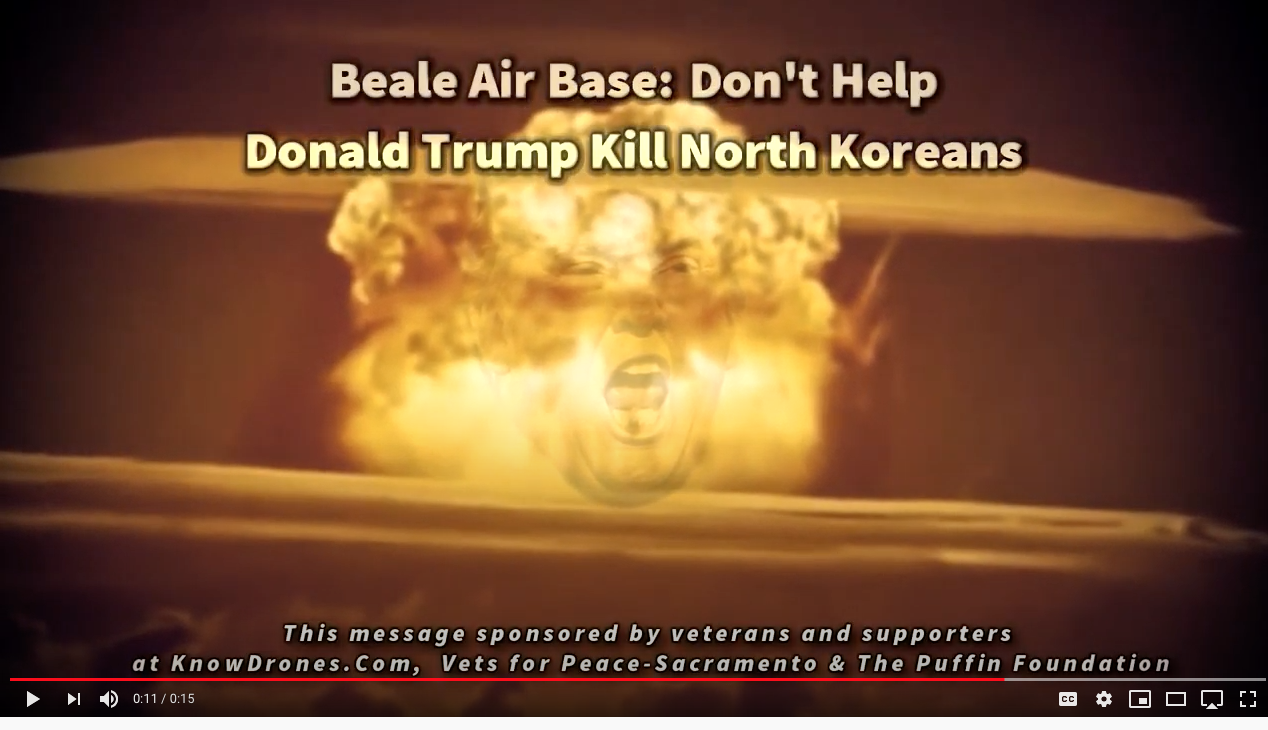 Starting in 2015, Knowdrones.com and Veterans For Peace, Chapter 87 have periodically run 15-second TV ads on CNN, MSNBC, Fox News, ESPN and other major networks in U.S. communities where there are US Air Force or Air  National Guard drone control centers, urging drone operators not to fly war drone missions.  The ads, which have run for one- to two-week periods, are intended to influence not only drone operators and their families and friends but the general public. Communities most frequently seeing these ads have included Las Vegas, NV (Creech AFB), Marysville, CA (Beale AFB) and Syracuse, NY (Hancock Air National Guard).  (Note: Views on YouTube indicate how many people who have seen the ad on cable TV, then go to Youtube to see it again.)