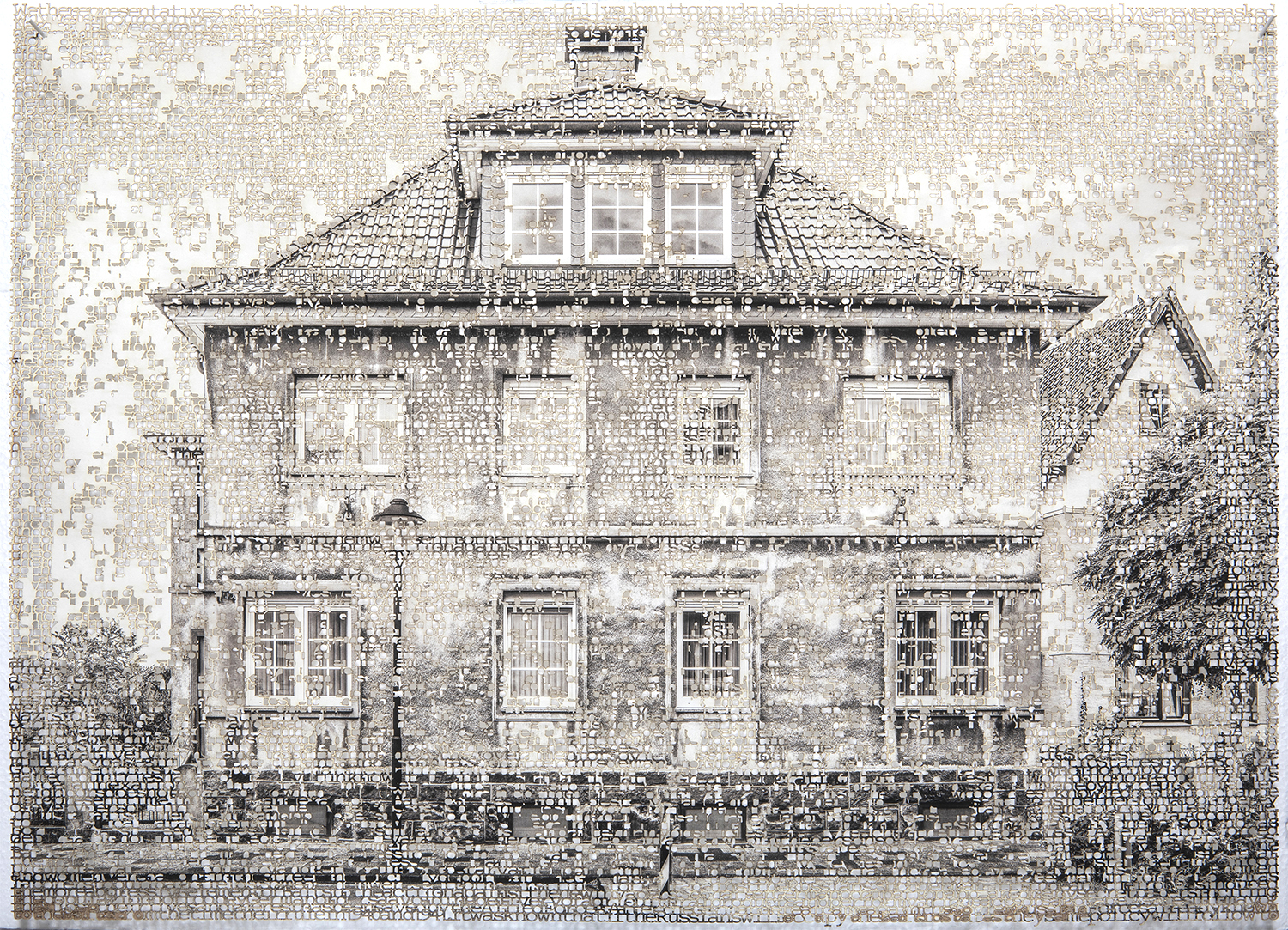 Born in Latvia and Lithuania, my parents spent five years after the end of World War II in displaced-person camps in Germany before they were allowed to emigrate to the United States. In this series, I set out to retrace and re-imagine that history.

My parents’ childhood homes were structures appropriated from other civilian and military uses to house thousands of postwar refugees. After intensive archival research, I was able to locate, visit, and photograph many of the actual buildings on the sites of former DP camps in Germany.

Today, the buildings give no hint of the tumultuous lives of the postwar refugees, stuck in stateless limbo with no idea what the future held. To better understand and honor their struggles, I turned to archived copies of the plea letters the Baltic refugees sent to the governments of the United States, Canada, and the United Kingdom.

I merge these painful accounts with the photographs through a process of burning, an echo of the traumas of war the refugees had endured. Eventually made entirely of lace-like text, the buildings grow fragile, inseparable from the precarious lives they housed.