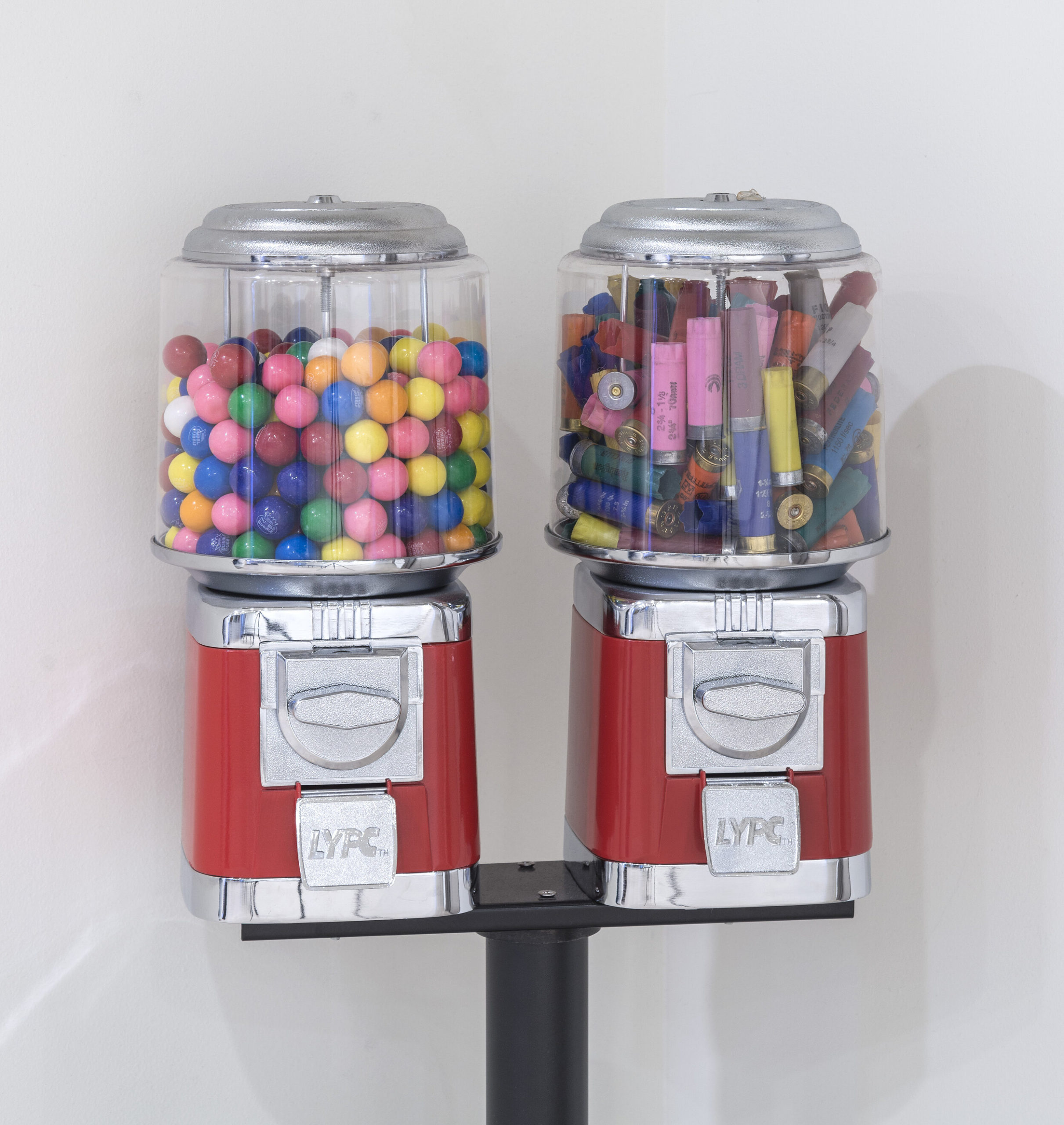 Do you know who I am?

High Desert State Prison was designed and built as the most secure prison within the Nevada Department of Corrections system. The 1,576,000 sq ft complex houses over 4,000 inmates. It is also the location that resulted in the shooting death of a handcuffed inmate, by four shotgun blasts, in November 2014. Public outrage from multiple deaths over the years finally resulted in the 2016 investigation of High Desert State Prison, tasked by Governor Brian Sandoval. The investigation specifically “looked at two policies that put the prison system under a legal spotlight. The policy of using birdshot as a non-lethal force, and the practice of separating inmates who were HIV positive…this led to prisoners being placed in segregation and denied them work release programs and certain jobs in the prison” (News3LV).

Through visual storytelling, this work investigates personal experiences by using photography, video, sculpture, printmaking, and installation to understand a place better. It deals with the concepts of loss, memory, time, childhood, death, religion, and family. Found objects serve as relentless reminders of human experience and suffering. They are also a reminder and awareness of mortality and hint at human existence in the barren desert landscape of High Desert State Prison. The photographs are portraits of human-made objects, or targets, that immediately surround the prison and are often framed in a manner that suggests surveillance or warnings keep out.

The endless shooting ranges that surround HDSP provide a daily recurring sound that acts as a form of Jeremy Bentham’s Panopticon and the ideas proposed in Michel Foucault’s Discipline and Punish. The letters from my uncle, offender ID 1044***, explore the intricacies of family and the financial struggles that the privatization of US prisons has imposed on prisoner’s loved ones. They also act as an insight into the mental health struggles, addiction, and paranoia that many prisoners face without proper support. And finally, the many roles that religion plays in the lives of prisoners looking for rehabilitation and redemption in a system rooted in punishment and profit.