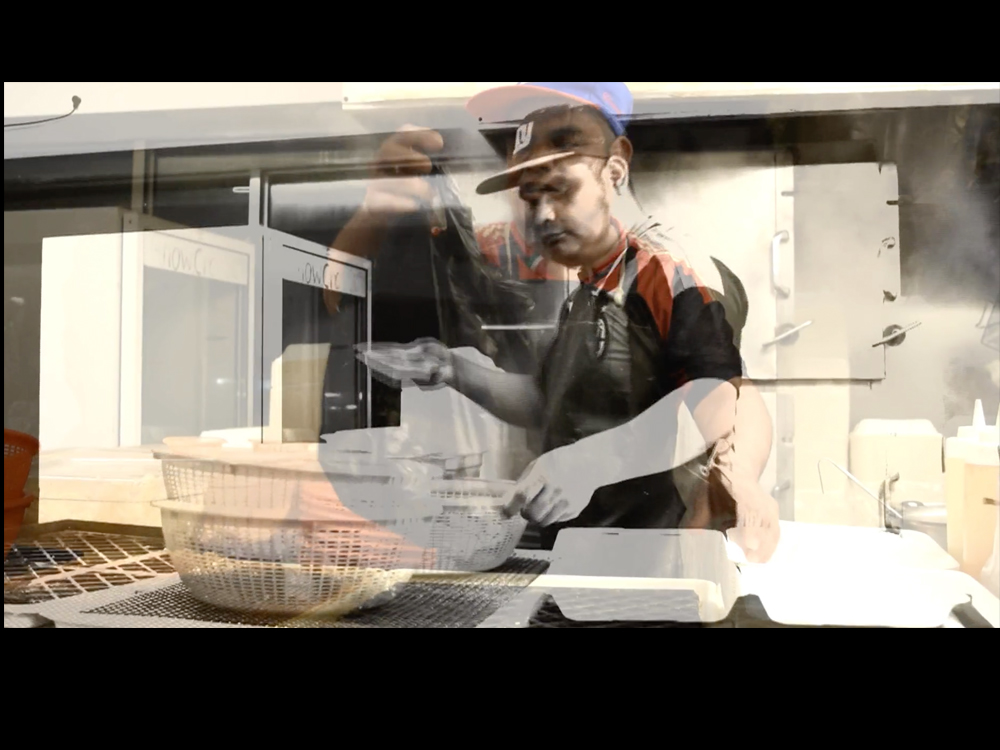 “Entropy,” creates an enhanced environment to increase awareness of the everyday life of physical labor. We are witnessing the derailing of utopist ideas about how technological advancement will free humanity, and create more leisure time. Instead, statistical data show that the number of effective working hours has grown in recent years. In addition, surveillance was implemented and became widespread in many workplaces. However, technology is used to create pressure on the workforce instead of ensuring workplace security.

In 1909 Marinetti exalted the idea of “mechanical speed” in his Futurist Manifesto that proclaimed a rupture with the past and the identification of man with the machine, velocity and dynamism of the new century. Twenty years later, in his description of the city of tomorrow, Le Corbusier wrote, “A city made for speed is made for success.”   Where did the fascination with speed lead us?

The space I created summarized the experience of entropy in our age of overproduction, extreme poverty, and exploitation. I documented, through video, the life of physical labor. The audience member’s gaze simulates the gaze of bosses, whose inspection urges the workers to work faster. The speed of the video sequences is uneven: there are sped up and slow-motion moments.

I recorded several construction sites, and two indoor locations: a dry cleaner and a fish shop.  The music played during the installation was “The Quadrophonic Cello” of Lea Bertucci, recorded at Harvestworks in 2016.