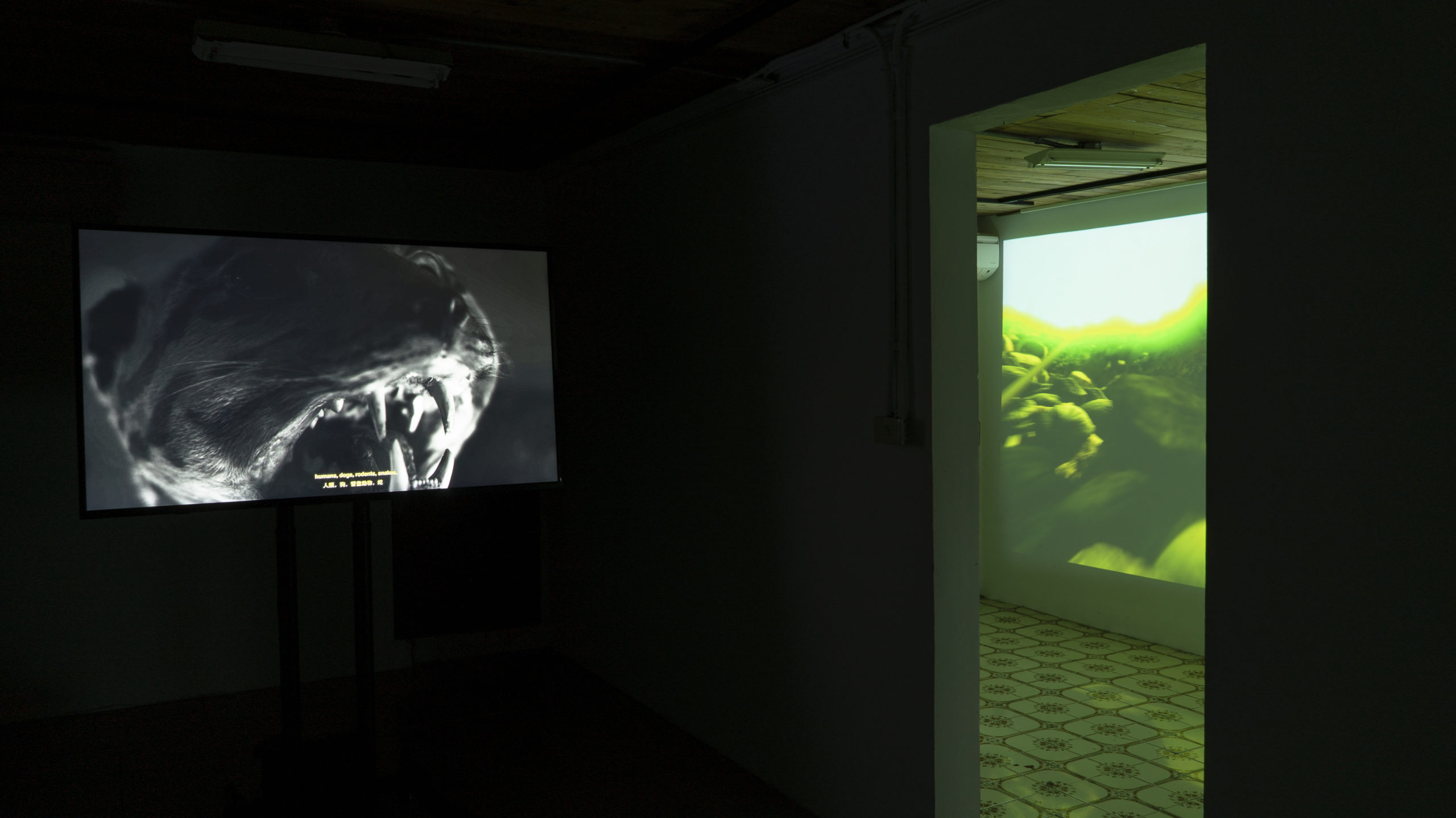 In Fall of 2019 I attended the residency program Taipei Artist Village in Taiwan with support from the Puffin Foundation. At TAV I created a series of video works, collectively titled ERA, which explored ideas of ecology, mutation and destruction. My time at the program culminated in an exhibition at Treasure Hill, an artistic community and exhibition center in Taipei.

In the exhibition mediums such as 4k video, 3d modeling, and AI text generation programs were utilized to convey precarity within current ecology. In the main video, titled ERA, hypnagogic images of natural life forms filmed in museums, botanical centers and zoos appear alongside a text pertaining to illness/mutation partially created with assistance of an Artificial Intelligence writing program. In working with these AI programs, I was interested in the tension between elements that are recognizably human, or natural in their tone, and elements that feel artificial or uncanny. This duality between recognizable and alien animates much of my work.

Other video elements were created with the 3D modeling software programs like Unity and Blender which are commonly used for video game building. The two videos created with these programs portray spaces after disaster or collapse – waste, trash and natural debris populate the environments that the camera slowly tracks through. In both videos I chose to use an intense putrid acidic yellow lighting scheme, further cementing the feeling of collapse. In all of the videos there is a tension between the slow elliptical pacing of the footage/sound, and the unsettling portrayal of ecology in the Athropocene.