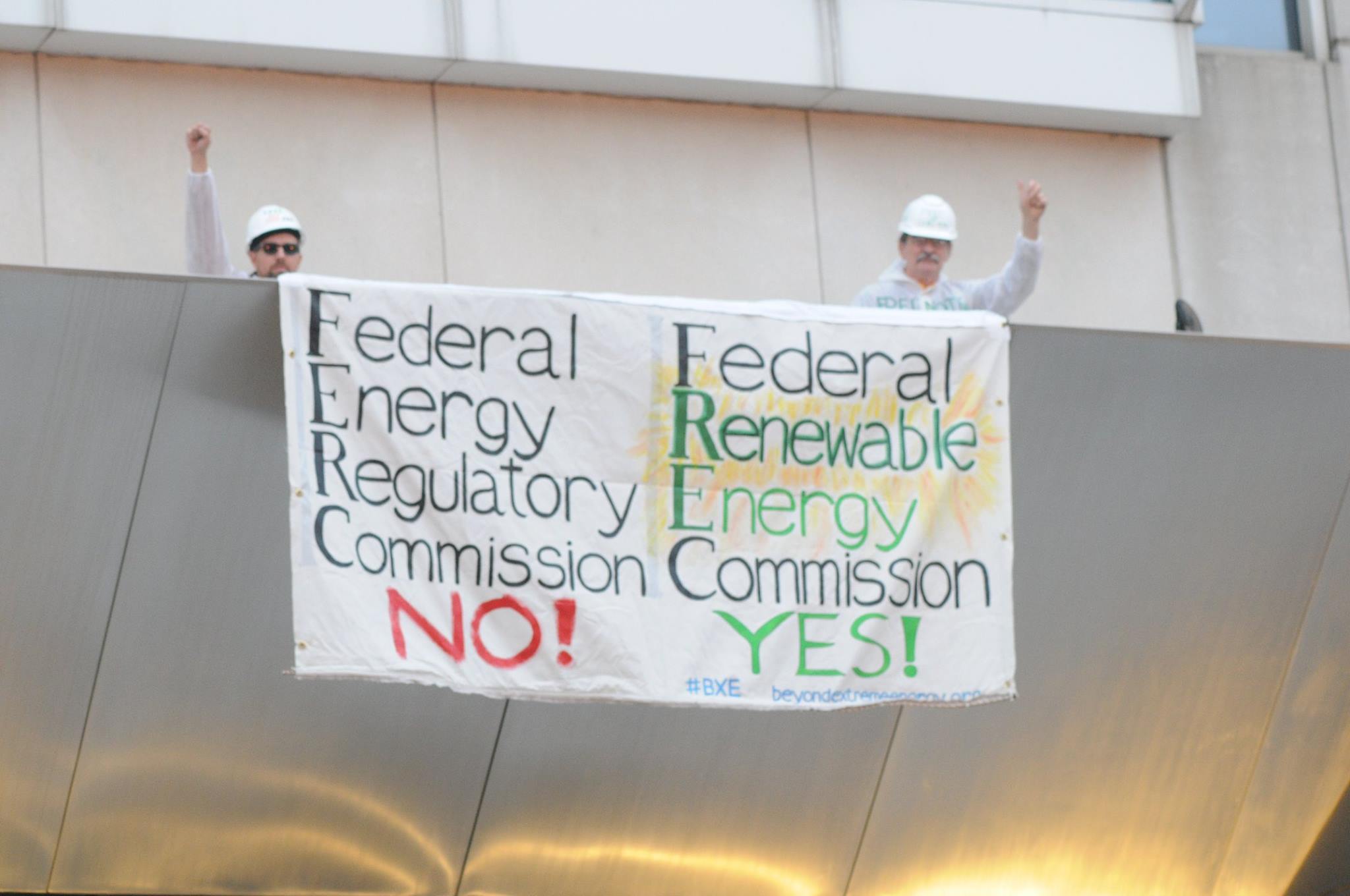 Beyond Extreme Energy is a climate justice group that focuses on combating the role the Federal Energy Regulatory Commission (FERC) plays in expanding fossil fuel infrastructure. FERC is the government agency responsible for regulating the expansion of all fossil fuel energy projects that cross state lines. They are supposed to be a neutral agency, but have close ties to the energy industry they are supposed to regulate. FERC is a revolving door for its leaders and employees with the fossil fuel industry. FERC ends up being a rubber stamp for new energy projects, having only rejected 2 energy projects out of 471 in 21 years.

BXE wants to replace FERC with the Federal Energy Renewable Agency! FREC would focus on planning a just transition to a fully renewable energy system based on solar and wind. Projects would be democratically controlled and directly involve the communities impacted by construction and resources usage. To spread the idea of FREC we have used direct action to disrupt FERC meetings, gotten support from over 200 grassroots groups and presidential candidates,  and gone on two roadshows screening our film FERC Doesn’t Work. This Spring we will release our second film on grassroots demands for FREC and the Green New Deal!