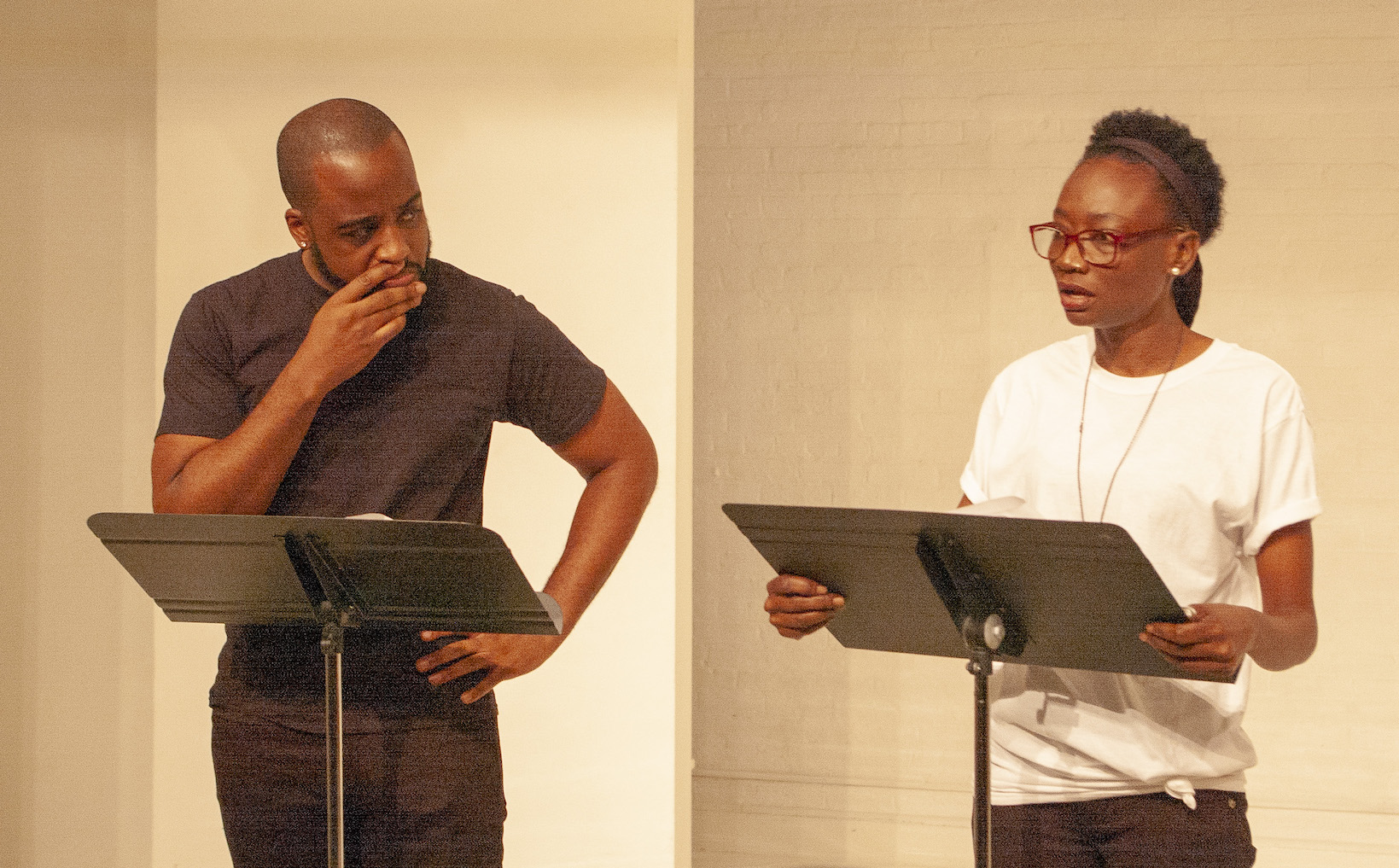 
On Monday December 10, 2018, Banana Boat Productions brought together an ensemble comprised of some of New York’s best known Caribbean American actors to pay tribute to one of the region’s most iconic playwrights, Zeno Obi Constance

The event was called, “From Page to Stage- A Caribbean Journey” celebrating the work and the legacy of award winning Trinidadian playwright Zeno Obi Constance.

The event was presented, at TheaterLab Studios 357 West 37th Street, in Manhattan and was produced and directed by Merlina Rich, Founder and Artistic Director of Banana Boat Productions.

Mr. Constance is the author of several scripts in the Banana Boat production repertoire and his work has, for over fifty years, helped to correct many of the misconceptions frequently presented to the outside world about Caribbean people. In honoring Mr. Constance, we were also celebrating the vibrant and culturally significant theatre making tradition throughout the English speaking Caribbean, which is largely unknown in the U.S. and New York City theatrical communities.

Mr. Constance has to his credit over 20 stage plays, many of which have been performed extensively throughout the Caribbean region and the diaspora. Among these are De Roaring 70’s, The Road Made To Walk, Dueling Voices and perhaps his best known work, The Ritual. The Ritual has become required reading for students of English and Drama at both the university and high school levels throughout the Caribbean.

Among his numerous national and regional awards are the Vanguard Cacique Award for his contribution to theatre at high schools in Trinidad, The National Council Playwriting Award for Duelling Voices and The Trinidadian Ministry of the Arts and Multiculturalism Award for his lifetime achievements as both a playwright and director.

The tribute explored Mr. Constance’s work through staged reading excerpts from several of his plays including Agouti’s Tale, Patricia- A Love Story and Cinderella Syndrome, along with video presentations and testimonials from past associates, and past students.

The event was free to the public.

In the above scene, excerpt from Cinderella Syndrome: with Emillo  Evans & Nyanda Cammock

BANANA BOAT PRODUCTIONS was established in 1998 to create theatrical experiences of specific interest to the English-speaking Caribbean community of the New York metropolitan area. Our operating premise is this: the Caribbean culture is a multicolored and rich palette of expressions, experiences, and lifestyles that is in need of more exposure in the realm of truly meaningful theater. BBP seeks out plays that focus on dramatic themes that reflect the historical and cultural development of Caribbean life as well as the present reality of Caribbean culture as it has settled into other global settings. We bring thought-provoking and realistic theatrical experiences to people who can identify, reflect upon, and appreciate the relevance to their own lives. In this context, our productions can be seen as experiential instruments to promote a greater elaboration, a deeper understanding, and more respectful view of oneself, in this case, a Caribbean self. Efforts are made to maintain and illustrate the expressive phrasing and the tightly efficient nuances of Caribbean language, while making it accessible to all audiences.  The background themes of some of the plays in which the dramatic elements unfold include 1) the issues of assimilation into broader ethnic cultures and the inter-generational conflicts that ensue, and 2) the lingering adjustments to post-colonial life as illustrated by deference to lighter skin color. We put great emphasis in utilizing artists from every English-speaking Caribbean island.