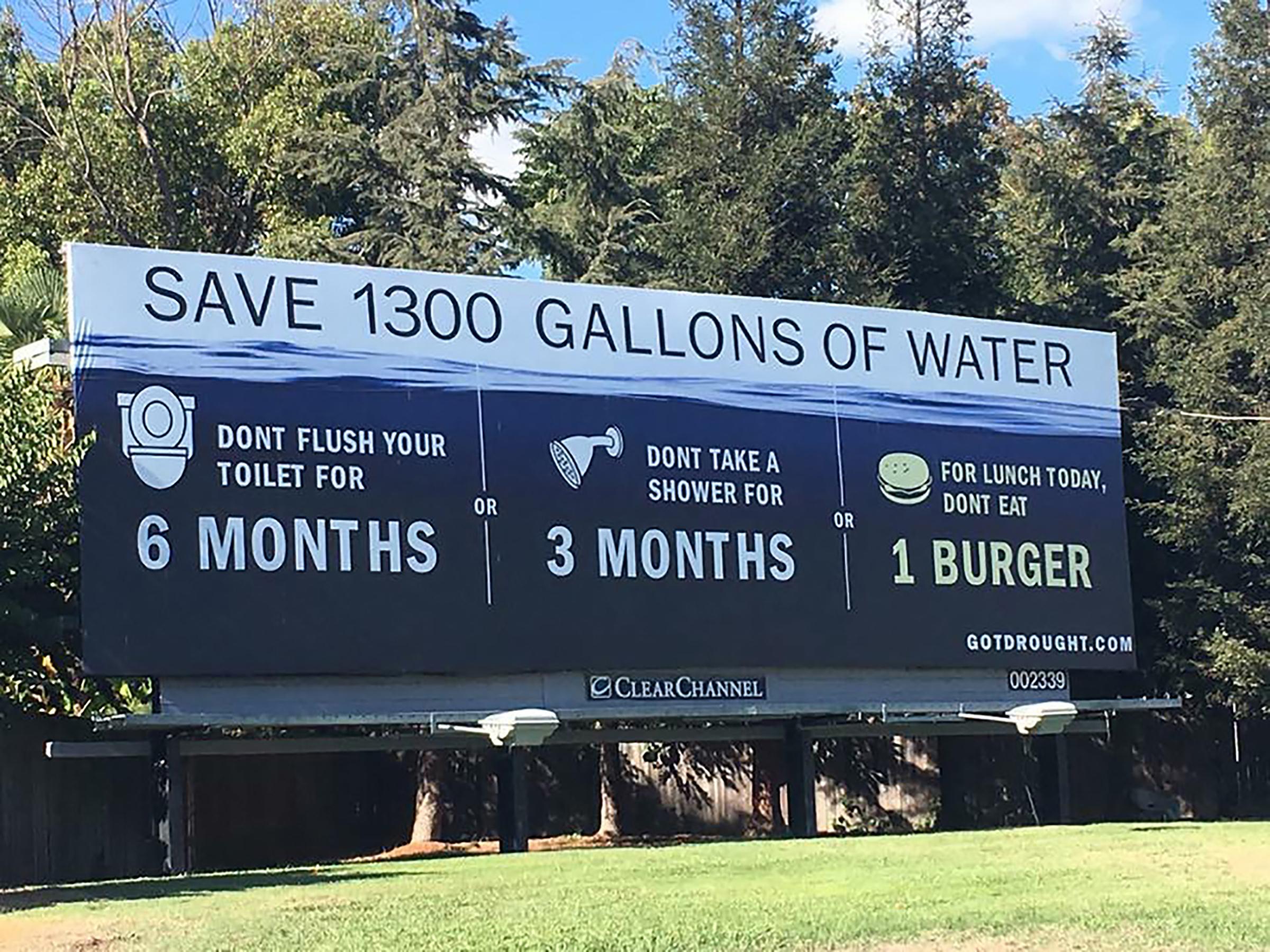 Using visual graphics, social media, an interactive website and billboards, Got Drought? is educating people about the effects of animal agriculture on our environment. We do so using facts, not emotions. Our goal is not to guilt people into becoming vegan, but to educate them about their food choices. In conjunction with this campaign, we have created screen prints, brochures, bumper stickers and t-shirts using different designs and facts. Some of our work from this series has been featured in art exhibitions such as “Art Makes Change” in Santa Monica, CA, “California’s Future?” at the Center for the Arts Eagle Rock, CA and “Air, Water, Earth” at the Muckenthaler Cultural Center for the Arts in Fullerton, CA. We have also done public awareness events at LUSH Cosmetics in Pasadena, CA, the Eagle Rock Musical Festival, the Los Angeles Green Festival, the Los Angeles Printer’s Fair and the Muckenthaler Cultural Center.

Artists Karen Fiorito and Alex Arinsberg started Got Drought? in California in 2015 with 12 billboards in Los Angeles before traveling to every major city in California in 2016. In 2017, we put up a board in Phoenix, AZ and in 2018, 3 of our boards (converted to metric) were put up in Cape Town, South Africa. In addition to billboards, we also have a fact-driven social media campaign with profiles on Facebook, Twitter and Instagram. Our website has a specially designed water footprint calculator and has had over 10,000 visitors. We have also published articles about the effects of animal agriculture in American Vegan Magazine, Happy Cow, and CityWatch Los Angeles, and our work has been featured in Eat Drink Better, The Arizona Daily Sun, The Nation Magazine and on Fox News. Using interesting graphics, factual information and an interactive website, we have created community of supporters who have helped spread our message far and wide across the internet and around the world.