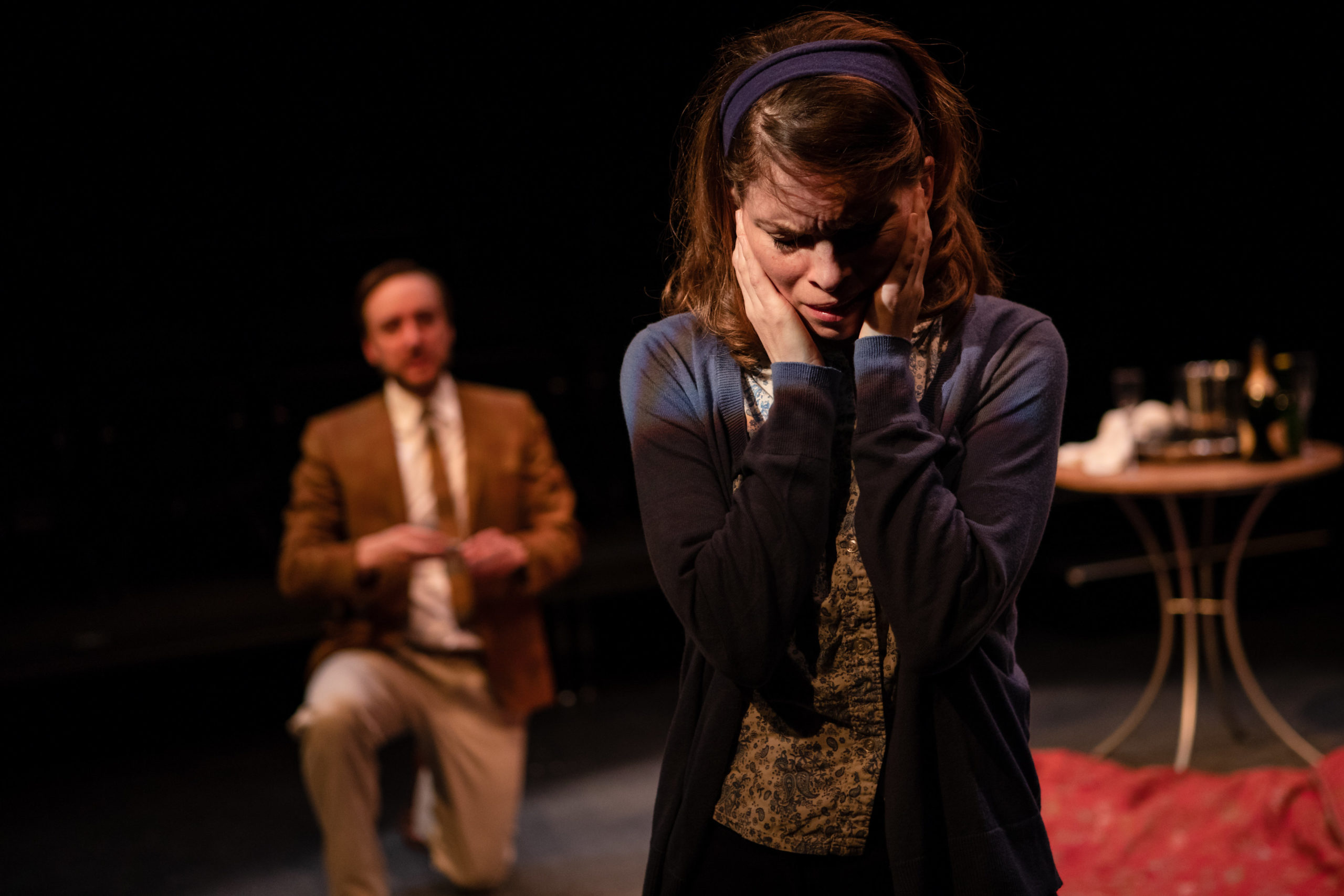 How I Learned to Drive

In a time when American culture has seemingly lost its tolerance for ambiguity, a production of Paula Vogel’s 1997 play How I Learned to Drive can be both edifying and appalling. For 2017/18, Strawberry Theatre Workshop wove together of season of plays dominated by women (writers, characters, and issues), concluding with the work that gained Vogel the Pulitzer Prize. How I Learned to Drive opened June 7 at 12th Ave Arts on Capitol Hill and had eighteen performances through July 7.

Amy Danneker played Li’l Bit, who took the stage ”to get the audience to go along for a ride they wouldn’t ordinarily take, or don’t even know they’re taking” (Vogel, New York Times, 16-May-1997). She is a survivor of teenage sexual abuse whose story is disarmingly comic, sweet, and seductive. Her memories are scrambled and ridden with guilt—making it difficult for the listener to form conventional judgements.

Ambiguity revolves mostly around the character of Uncle Peck, played at Strawshop by Frank Boyd. Described by Ben Brantley as “surely the most engaging pedophile to walk across an American stage,” Peck is “a relative you wish had been around when you were growing up to run interference with the other adults” (Brantley, New York Times, 17-May-1997). Peck is a combat veteran and recovering alcoholic with a damaged life—a character normally deserving of sympathy and support. But Peck’s coping mechanisms include a skill for keeping secrets that the playwright unmasks on page one.

Peck perfectly fits the profile of a predator. Watching a Seattle production in 2018, audiences were tempted to project Bill Cosby, Woody Allen, or (popular Seattle mayor) Ed Murray—-contemporary role-models who were admired by the activist community, though mostly from the distance of celebrity. When these men’s personal secrets were revealed, many wished against their better judgment for innocent explanations. Are we implicated in an unforgivable crime if we feel ambiguity toward its perpetrator?

Director Ryan Purcell of The Williams Project (James Baldwin’s Blues for Mr Charlie) brought How I Learned to Drive to Artistic Director Greg Carter’s attention as the #MeToo movement was virally emerging in 2017. It was a natural addition to a roster of great plays for women that Strawshop staged at 12th Ave Arts during those two years: Proof, Lydia, Why We Have a Body, and the unique, all-female cast Frost/Nixon.

Danneker (A View from the Bridge at Seattle Rep) and Boyd (The Holler Sessions at On the Boards) were joined by a three-person Greek Chorus: Shanna Allman (The Government Inspector at Seattle Shakes) played both Li’l Bit’s mother and Peck’s wife; Rachel Guyer-Mafune (The Wolves at ACT) played the grandmother and teenaged Li’l Bit; while Marco Voli played the grandfather and multiple other roles.

Paula Vogel has been a productive playwright since the late 1970s. She first came to national prominence with her AIDS-related The Baltimore Waltz, which won the Obie Award for Best Play in 1992. Her most recent play, Indecent, was nominated for the 2017 Drama Desk Award.