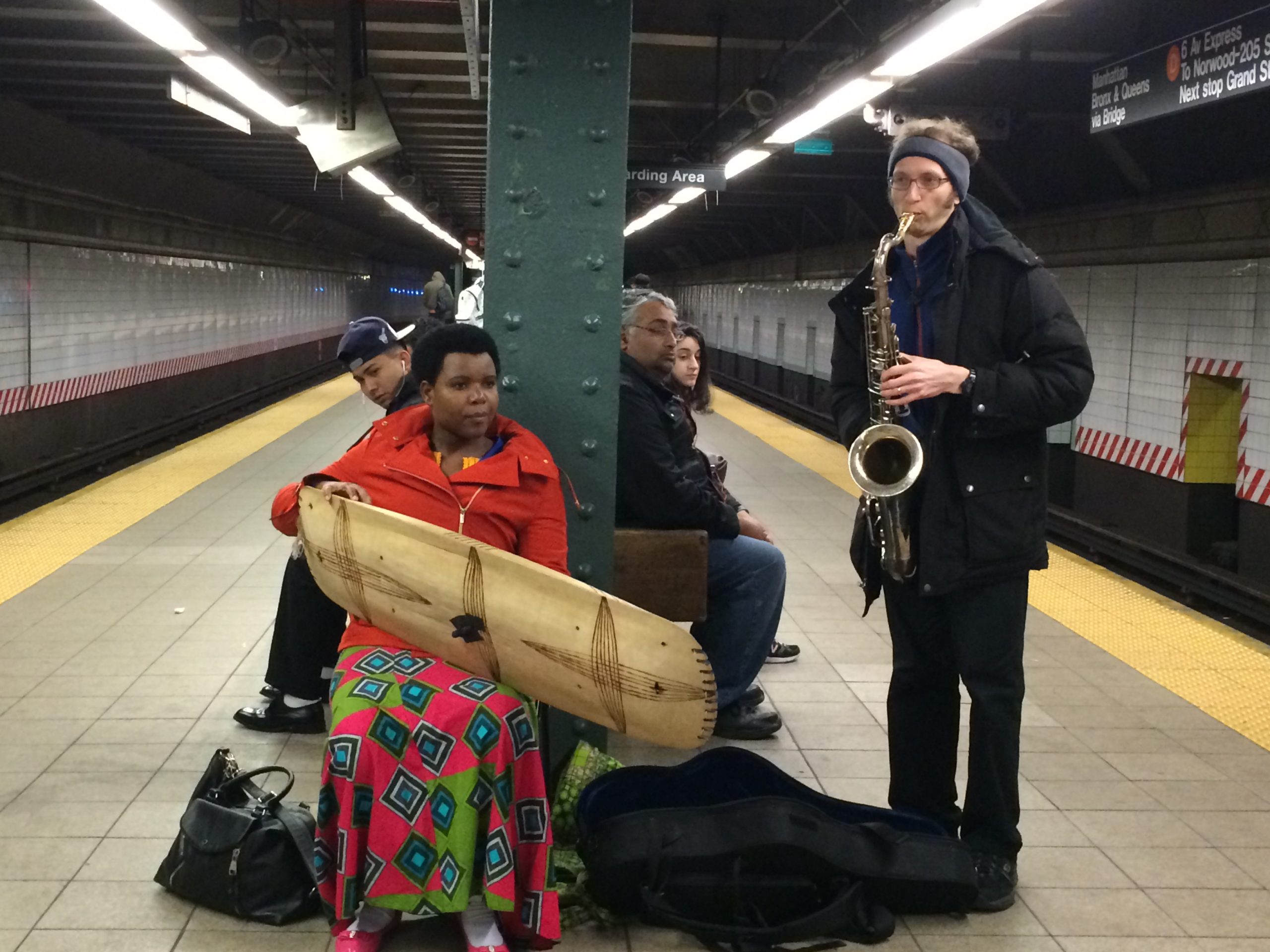 Jeremy Danneman is a saxophonist, clarinetist, and composer based in New York City. In 2009, he decided to have a parade instead of a party for his birthday. He took his saxophone and marched all over New York City for 11 hours, and discovered that he really loved street performance, because the artist can reach audiences across social lines. This was just as far away Rwanda was commemorating the 1994 Genocide Against the Tutsi, a topic that Jeremy had been interested in because his grandmother was a Holocaust survivor. So Jeremy decided to go give street performances in Rwanda to commemorate the genocide there and to include people from other backgrounds in the way he thinks about the Holocaust. While in Rwanda, Jeremy met Sophie Nzayisenga, a vocalist and master of a rare string instrument called inanga. Years later, in 2015, Jeremy and Sophie were joined in the studio by bassist William Parker and percussionist Tim Keiper, as they recorded their first collaborative album, Honey Wine. The album was released in 2017 and has been highly regarded by the press. Jeremy, Sophie, and the band are available for performances and educational programming.

Sophie Nzayisenga is a vocalist and the only female professional Inanga player in Rwanda and probably the whole world. The inanga is a large tough-zither instrument with between 8 and 16 strings. Her father, Thomas Kirusu, was one of the most renowned Inanga players in Rwanda. At age 6, she was presented and awarded by the French Cultural Center. She’s been writing songs for around twenty years. She combines the traditional Art form passed down from her Father (a great player in his own right) with her own contemporary melodies and poetry. She has performed at festivals across the globe.