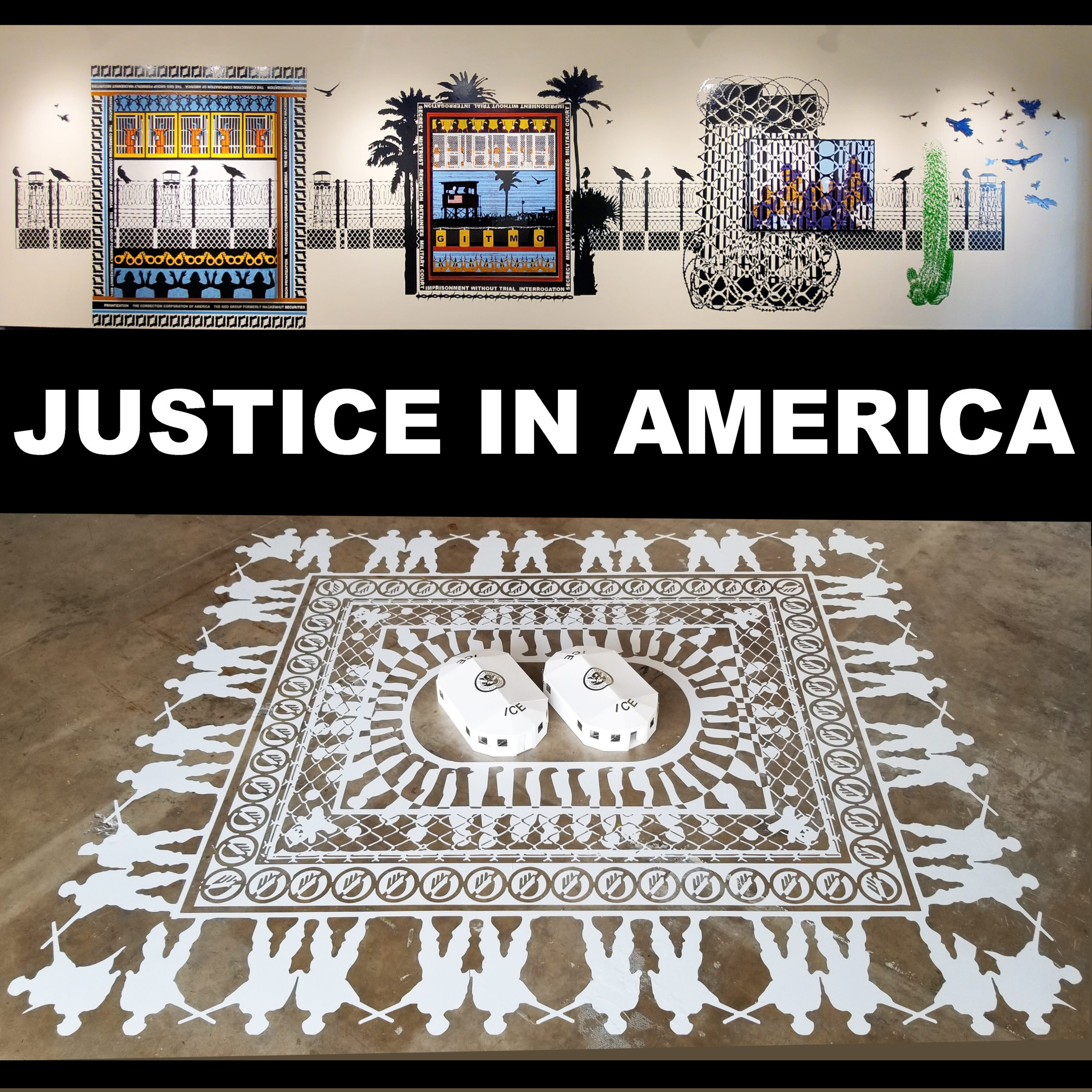 The most recent iteration of my Justice in America series is titled Justice Quartet. It is a long wall piece that I just showed at Valdosta State University in Georgia. Justice in America :Part One, which is now part of the Justice Quartet, was first showed at Coastal Carolina University.  It was about the privatization and institutional racism in the U.S. prison system.  It grew out of my research into gun violence.  Another piece in the Justice Quartet, is about GITMO (Guantanamo Bay) and is also a critique of the institutional racism of military prisons, rendition, and the ability to hold prisoners indefinitely without trial.  The next two pieces are about the border wall and again the institutional racism and cruelty that occurred at our borders in the summer of 2019. These pieces are joined together on the wall by vinyl chain link fencing and black birds that are a symbol of Jim Crow racism. There may be one or more paintings yet to be added to this series.  In my head, I have pieces that will be about the Japanese internment and the Native American Trail of Tears. The floor piece is titled At the Border and it is specifically about the tent cities where children were held after being separated from their parents at our Southern Border in the summer of 2019.