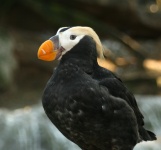 For the past two and a half years, I have been working on a play entitled “Legal Tender: Women & the Secret Life of Money.”

Since the fall of 2008, the airwaves have been filled with stories of the Recession. But they have been, almost entirely, male stories: the story of Bernie Madoff and his multi-million dollar betrayals; the story of the $12.8 trillion given or lent of guaranteed to Wall Street; the story of male job loss (concentrated in manufacturing and construction) as opposed to female job loss (concentrated in health care and the service industries).

Women’s stories are, for the most part, far less visible. Even now, well in the twenty-first century, we still do two-thirds of the world’s work, earn one tenth of the world’s income, and own less than one per cent of the world’s property. Here in the United States, we still make only 77 cents for every dollar earned by a man. Our struggles, our anxieties, our achievements, are often quite different from those of our fathers, brothers, husbands, sons and grandsons, let alone our friends and professional colleagues. My aim in writing “Legal Tender” has at its heart an attempt to name those differences, to understand and publicise those stories.

“Legal Tender” is a full-length play, based on personal interviews with 46 women ranging in age from 6 to 94, and interspersed with commentary drawn from both personal research and the public media. The effect is of a documentary collage, along the lines of Eve Ensler’s “Vagina Monologues,” and I would like to produce it in a similar way, as a stand-up performance requiring neither costume nor stage sets, whose text can be memorised or read aloud either by amateurs or professionals. It will also be made available for use on local radio.