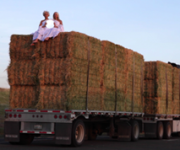 The Sisters of the Lattice are modern mystics exploring the metaphysical potential of common technological devices. They perform a range of ceremonies with participants using computers, cameras, cellular phones, and online platforms that both indulge and question the mediated experience in our lives.

The Puffin Foundation funded post-production for their feature-length film entitled Link. The film depicts the Sisters’s tour of 2012 during which they travelled across America using a wireless conference call and ipad app to transfer energy between strangers that they met along the way. The film is presented as an interactive group meditation; it can be viewed in a theatrical setting, as well as during the Sisters’ unique sweat-lodge ceremony called Hotspot.