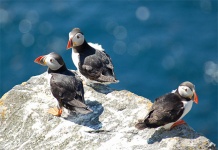 In 2010 I engaged in the first phase of Live Sound Action: Cosmological Composition, a Curriculum and Performance Project funded in part by a grant from the Puffin Foundation.
The first phase of the work was a series of 10 workshops with adults that culminated in a performance of Bucket and Stick at the Gowanus Arts Building in Brooklyn. In the Bucket and Stick workshops and performance we worked as a group to develop the principles and art making process of Live Sound Action: Cosmological Composition.

Rooted in sculpture and percussion and developed through the sensibility of the actor, Live Sound Action is a multi-disciplinary form of composition, choreography, sound design, and the writing of original performance that I have developed as a theater artist and teacher.
Based on direct in the moment meeting between performer/participant/human and object or substance, Live Sound Action cultivates a primal and aesthetic relationship with the sounds of dirt and rocks, the body that digs, and the ways we survive on and with the land. Images and forms that are physical, aural, visual, and emotional arise and act as seeds of epic storytelling.
Playing with objects of agriculture (buckets, shovels, jugs of water,), substances of the earth (dirt, rocks, and sticks…), and principles of organic design (patterns of movement, cycles of growth, evolution of topography, repetitions of shape, color, form…), we locate the human animal, and human group / species in the field of Nature, as a part of Nature. We develop ensemble practice, compose original performance, and create beauty – perhaps recovering or revealing an aspect of tribal / primal / hands on connection with the sights and sounds of Nature and an archetypal working / animal body.

The second phase of this project took place in a series of workshops at PS 22 on the Lower East Side. Here I was able to implement the performance curriculum of Live Sound Action: Cosmological Composition in collaboration wit