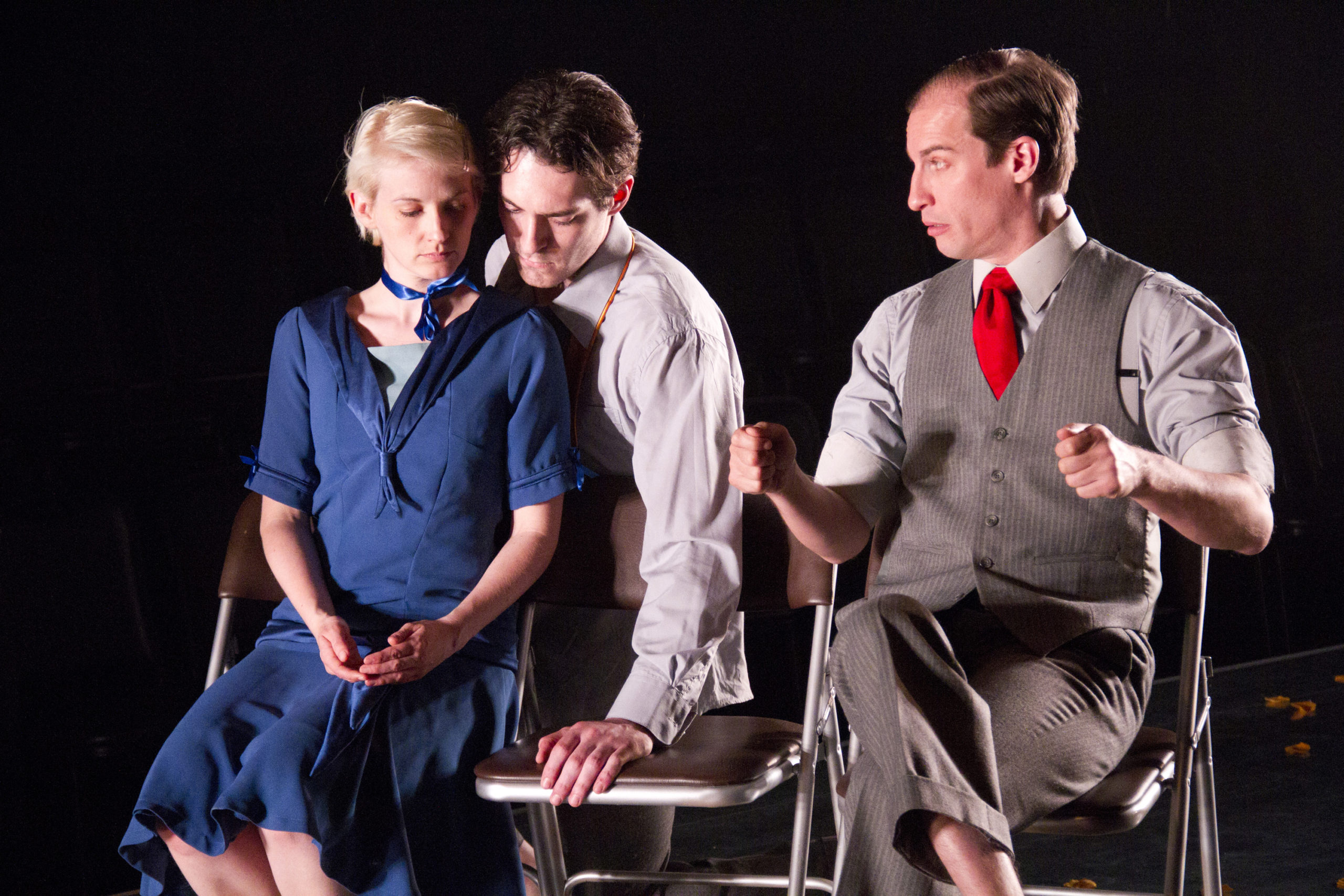 EgoPo’s 2016 production of Machinal by Sophie Treadwell was supported by a generous grant from the Puffin Foundation.  Machinal was inspired by the real life of convicted and executed murderer Ruth Snyder, and is a feminist masterpiece that takes a dark journey inside the female psyche. The play follows a Young Woman through the proscribed phases of female life in the 1920’s under the pressure to conform to societal expectations. The agonizing stress weighs heavier and heavier, culminating in the murder of her husband and her subsequent execution.