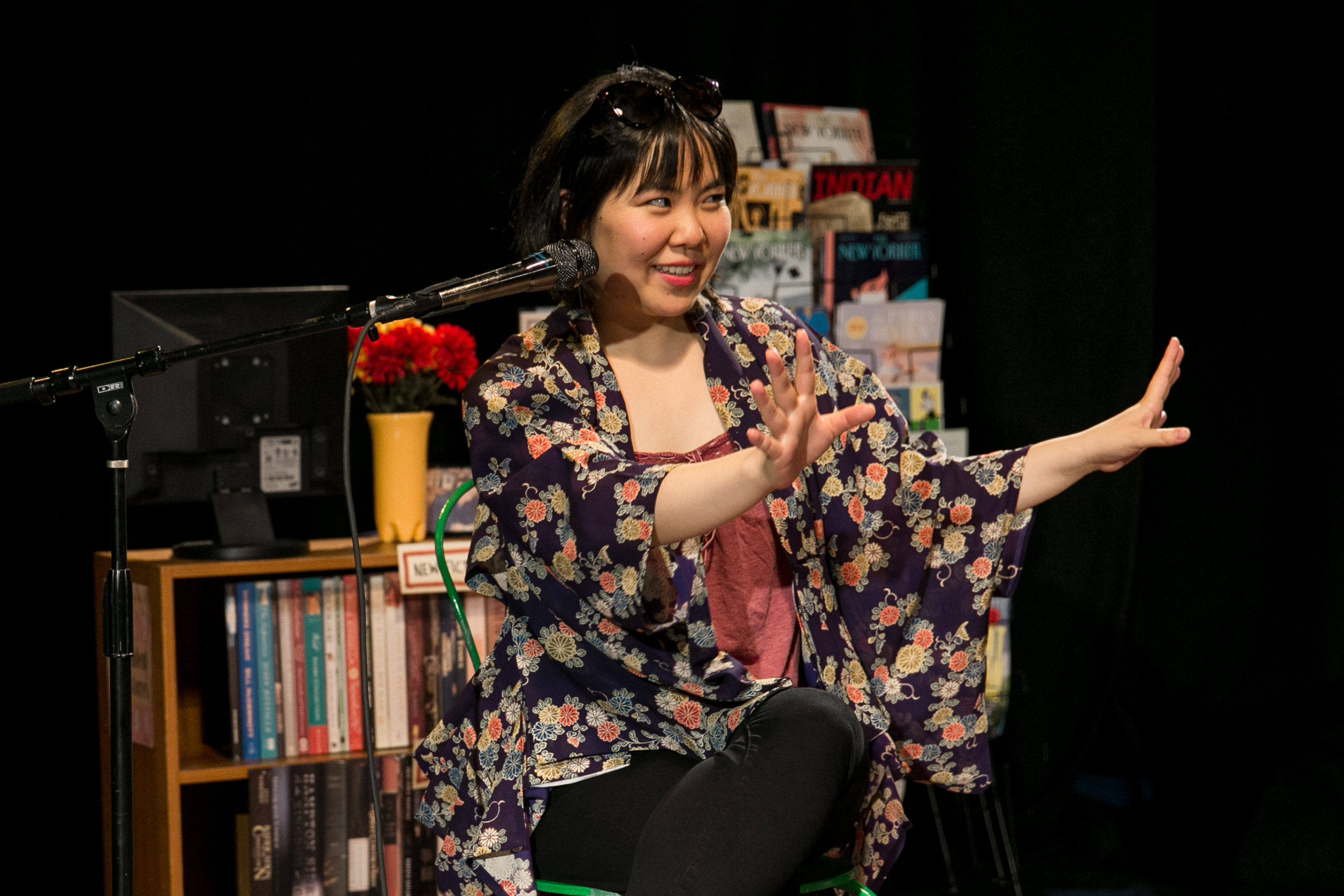 Meet Murasaki Shikibu Followed by Book-Signing, and Other Things

She wrote the world’s first novel and it’s, like, kind of a big deal. Don’t worry, there’s a summary on Wikipedia. (We checked.) After 1000 years, she’s finally ready to talk about it. Maybe.

The event is more than a millennium late, but Lady Murasaki Shikibu, the ancient Japanese author, makes up for lost time with trenchant and hilarious comments on contemporary American culture. She engages in a battle of the wills with the well-meaning Bookstore Manager, who tries in vain to get the novelist to talk about her book and make the event a much-needed success for her struggling store. The evening culminates in a Q&A session with the audience that gets rapidly out of hand, leading the Bookstore Manager to challenge the author’s authenticity, and compelling Murasaki to confront her artistic and personal agency, and cultural legacy.

While initially masked by a comedic premise, at its core the play is about cultural assimilation and the American prerogative. What does it mean to one’s sense of self to lose one’s language and heritage? Murasaki is specifically a Japanese woman with no real estate in American culture, but she represents all the people who are forgotten and who, in turn, start to forget themselves. The play uses a narrow lens to highlight a universal and very current American struggle.

Meet Murasaki Shikibu Followed by Book-Signing, and Other Things, by Julia Izumi, was presented during the 2016 New York International Fringe Festival. The production was directed by Ann Noling and produced in partnership by Rachel Christiansen and The Brewing Department. The cast featured Grace Oberhofer, Tamotsu Kushima, and the playwright in the title role.