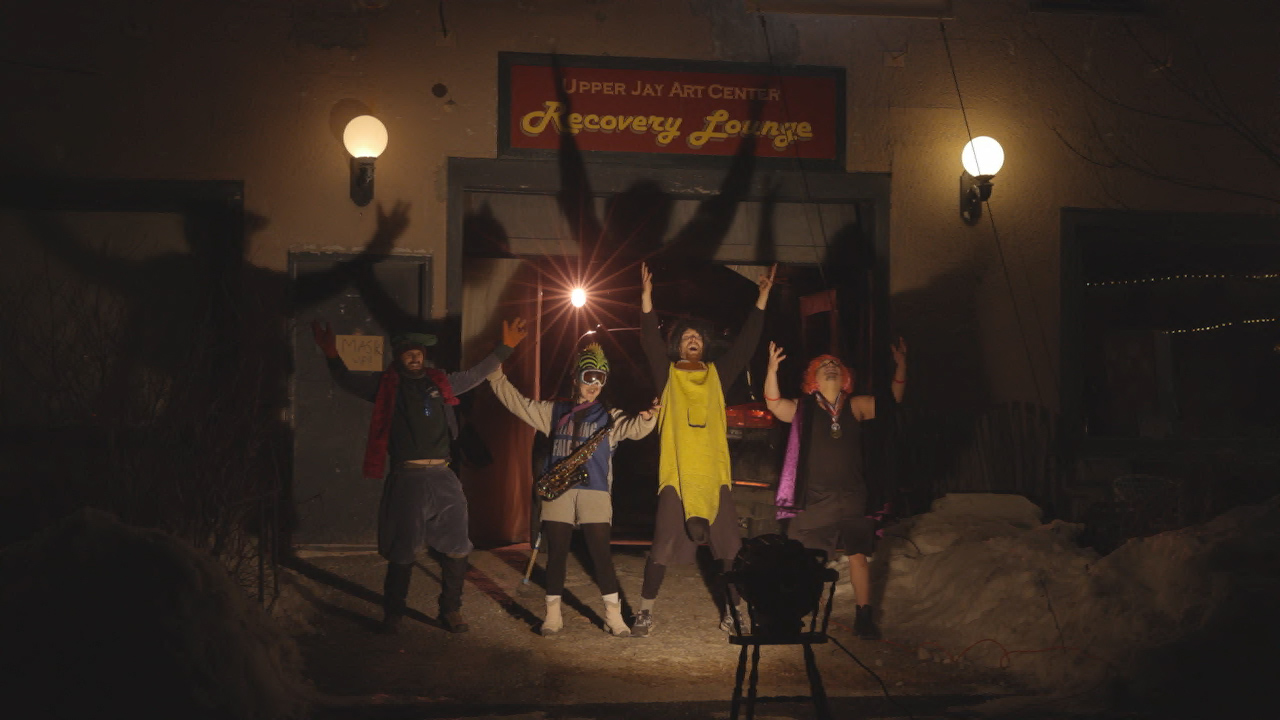 Missing 411: Into the Void: The Movie

Missing 411: The Movie is the film exploration of an evolving interdisciplinary performance piece based in horror-comedy within a vaudevillian structure. Developed by SlugFest Theater, it originally began as part of a creative residency at the Upper Jay Art Center in March 2020, right as COVID-19 hit the United States, titled Missing 411: The Musical. In its original form, Missing 411: The Musical asks two questions: “What if someone you knew went missing?”, and “What if you went missing?”. Due to the pandemic, we were forced to ask ourselves, “What if theatre went missing too?” Thus, we explored Missing 411 through different media such as radio and film, which culminated in a second residency at UJAC in February 2021.

At this residency, we navigated the limitations of performance in the midst of the pandemic by creating an interdisciplinary show blending live performance, radio, and projected film from within a three-story building. Using windows as visual sightlines and radio transmission to broadcast sound, performers told the story to audiences in parked cars from across a busy intersection in a global-health-dystopian take on the drive-in movie experience. This piece was called Missing 411: Into the Void, which in turn became, Missing 411: The Movie. By combining all of these elements into one cinematic experience, we were able to carry the lifeline of theatre into the digital world, and further the notion of theatre disappearing.

Borrowing source material from the CanAm Missing Project and the Missing 411 community on Reddit, SlugFest creates a world of disappearance, horror, and physical comedy shot through a Vaudevillian lens. Described as, “If David Lynch directed Sesame Street,” Missing 411: The Movie premiered at Cincinnati Fringe Festival in spring of 2021. Segments of this film were also shown at Providence Fringe Festival in summer of 2021.