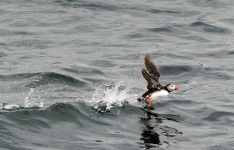 This is a full length musical about the lives and struggles of 7 women in the orthodox Jewish community. Issues they face include becoming more religious, becoming less religious, domestic abuse, being single past the normal age, the choice of family or career, and the search for a place in the community. The various story lines merge into one as the characters come together in a women’s singing group, each finding a moderate compromise to their desire for expression or fulfillment, or hope for rebuilding their lives in the future. Additional characters are women in the religious community, and a vocal choir.

The show is currently in the process of the arrangement of a musical score. The plan for 2011-2012 is to complete the score and begin casting and rehearsals in the spring of 2012. The show would be performed in Brooklyn, and would be created to travel to various Jewish communities in the NY-NJ area and east coast, and be followed by a Q&A with the performers, writer, and Jewish educator to create dialogue about the issues addressed in the script.

The performers would be women from the orthodox religious community and the performances would be for women only. All women, regardless of ethnicity, would be invited to attend.

Rehearsals and Productions would be sensitive to the Jewish calendar regarding weeks of mourning in the spring and summer, and the weekly Sabbath of Friday night and Saturday until sundown would be respected.