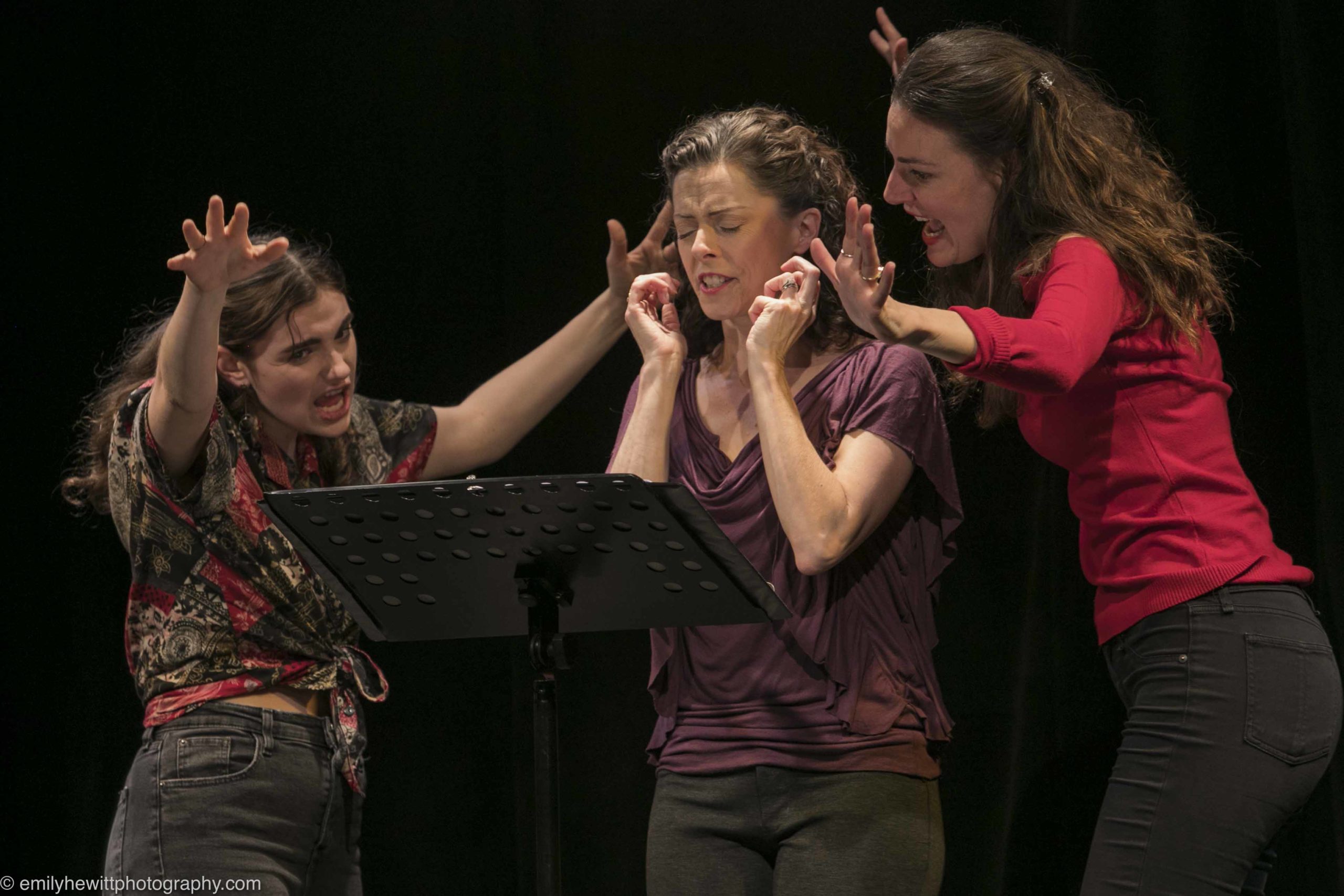 The 29th Street Playwrights Collective develops the voices of emerging, mature playwrights through weekly writing sessions, craft discussions and presentations. Our goal is to foster new work for the stage while supporting the needs of the playwright, committing to gender parity (serving 50% women), and providing opportunities for the public to attend workshop performances and provide feedback. Our over-arching artistic goals are to develop as playwrights by creating socially-engaged plays that speak to audiences today in ways that cultivate empathy and understanding across diverse peoples, and to bring people together in community, to educate and support people, to enlarge the audience for theatre, to keep theatre alive as a vital art-form that is necessary and valuable.

The 29th Street Playwrights Collective would like to thank our actors and directors and all our theatre collaborators, friends and supporters, and a special thanks to Emily Hewitt, our resident photographer for the many photos that grace our website. Mostly thanks to our audience, who attend our presentations, offer their feedback and feed our souls.