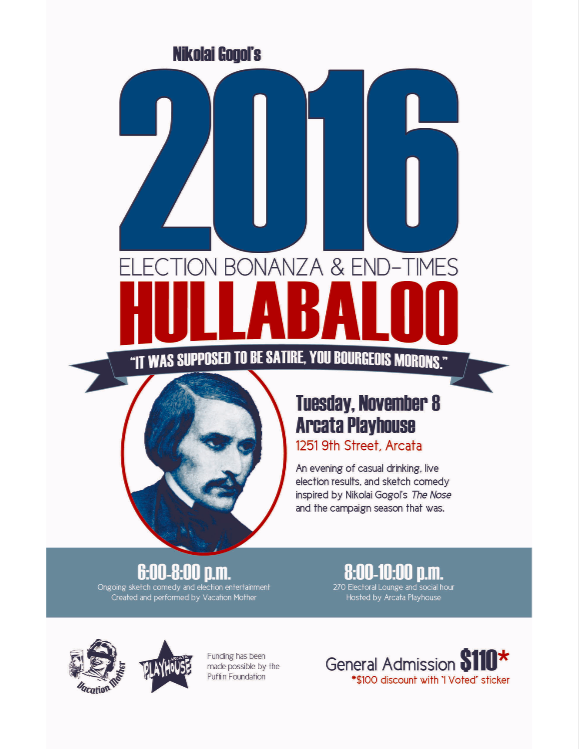 There’s nothing more theatrical than a political election. “The Nose” tells the story of a high ranking political official who wakes one day to discover his nose is missing. To make matters worse, his nose is running against him in the upcoming election – and it’s winning. This bizarre story is the perfect medium to explore the eccentricities surrounding U.S. Presidential elections. This performance is not intended to sway an audience to the left or the right, but rather meant to unearth some of the issues on election procedure in our country – our bipartisan system, the millions of dollars it takes to fund a campaign, and what a vote actually means in the electoral college. Our intention with Nikolai Gogol’s 2016 Election Bonanza and End-Times Hullaballoo is ultimately to make young people excited to vote.

Demographically, people between 18-30 years are the group least likely to vote in a Presidential Election. One statistic (KQED News) reveals only 8.2% of 18-24 year-olds in California voted in the last election. “The Nose: 2016” will be a quick-paced, informative comedy about the 2016 election aimed to get the next generation into polls.