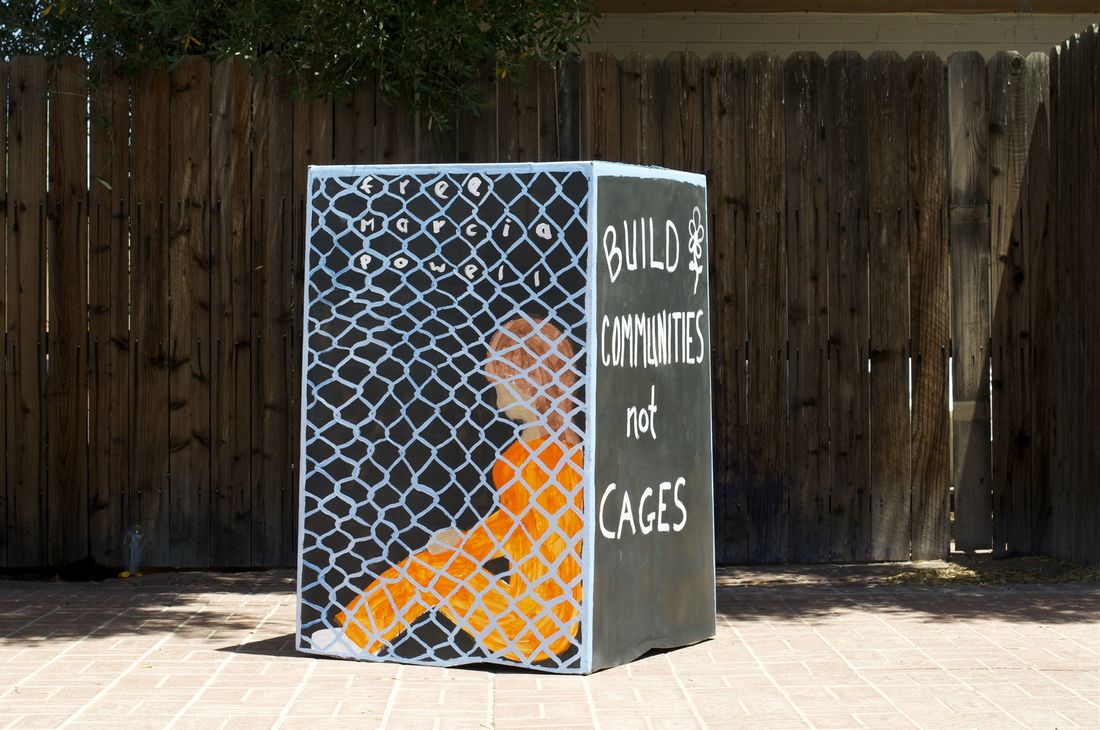 No Human Involved raises awareness about the violence of incarceration and the need to defend the rights of sex workers through telling the story of Marcia Powell. In 2009 after she was sentenced to more than two years of imprisonment for solicitation of prostitution, Marcia Powell was locked in a metal cage in the sun at an Arizona prison. Hours later she collapsed in the over 107 degree heat and by day’s end she was dead. Even though an internal investigation carried out by the Arizona Department of Corrections revealed that prison guards had denied her water and ridiculed her when she pleaded for help, no one was held accountable. The story of how Marcia came to be incarcerated and the circumstances of her death reveal the impact that inhumane prison conditions are having on a wide range communities of sex workers—including the homeless, young people, transgender people and immigrants—across the United States. The documentary chronicles how a movement formed around this case, seeking justice in her name. Video can be viewed at https://vimeo.com/ondemand/nohumaninvolved

No Human Involved is directed and produced by PJ Starr, edited by M.Trevino and PJ Starr, with Contributing Producer M.Trevino. The film showcases the passionate advocacy of activists such as Peggy Plews, Kini Seawright and many others. Music for the documentary has been composed by Maxim Moston and audio post-production is by David Wilson.

Support from the Puffin Foundation allowed our team to screen the film in combination with panel presentations, engage in art actions, discourse on social media and create a discussion guide. We have been able to create spaces for dialogue face-to-face and online, for answering questions and for breaking through the stereotyping about the issues confronted by sex workers. The project is led and implemented by the artist and human rights advocate PJ Starr who is also the director of the film. This work is ongoing and the film is available for screening at universities and other venues.