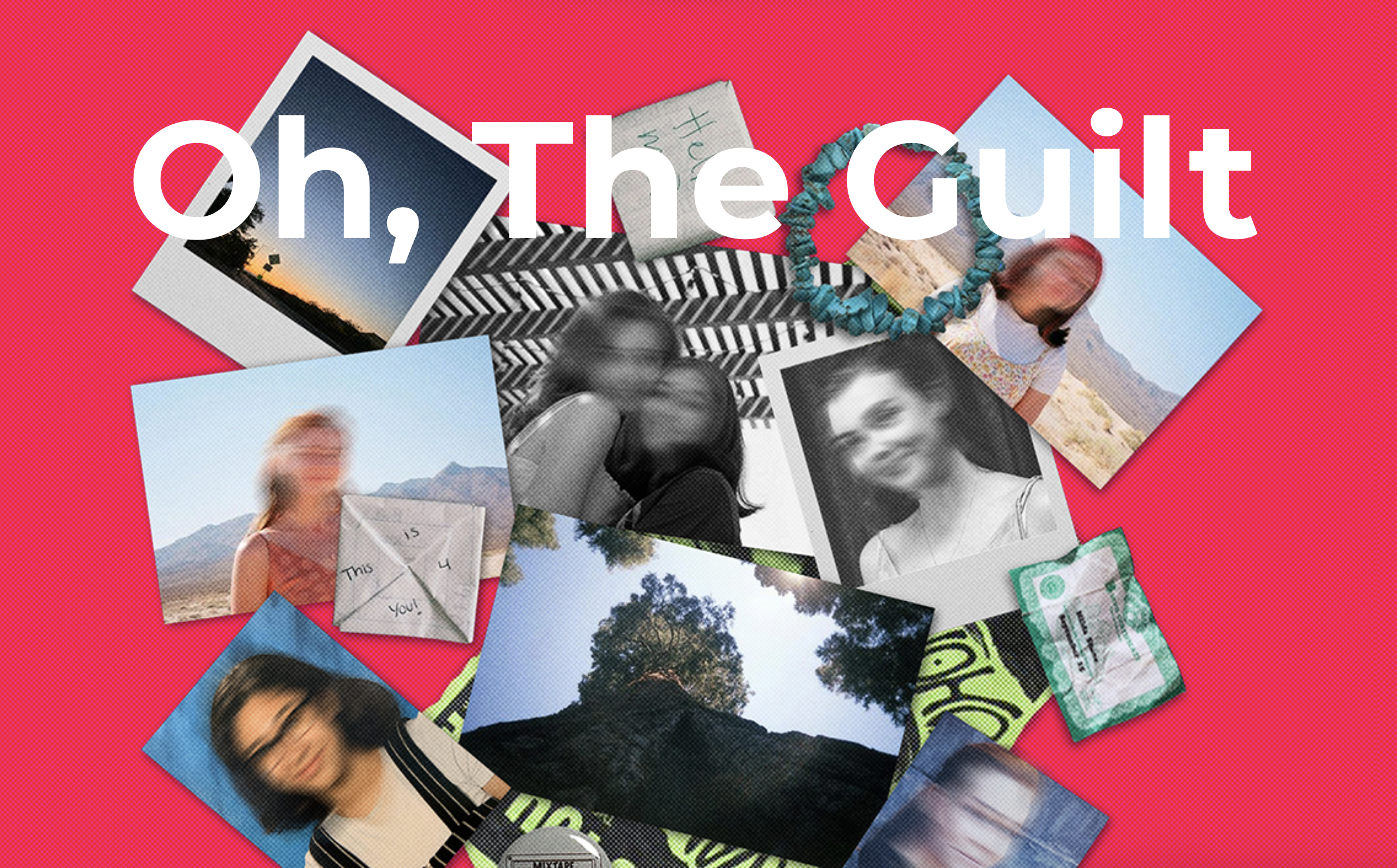 Summary: Our short film, Oh, The Guilt, is a coming-of-age story set in the 1990s featuring a Persian-American teen as the main character. The plot tackles death, and survivor’s guilt, elements of the human condition that transcend age, race, and creed.

Statement: Following the death of her best friend in a car crash, sixteen-year-old Sara is visited in her dreams by a middle-aged woman from the future bearing a terrifying message: It was actually Sara who perished in the accident.

With the exception of a cameo by acclaimed prolific actor Sean Astin, the entire cast (as well as the screenwriter and musical score composer) are female. The title of the film is a nod to the obscure Nirvana song of the same name.

Our production team scrimped and saved, and our incredible cast and crew powered through to complete principal photography amid the COVID craziness. Shooting during a pandemic was interesting, to say the least! Fortunately, our entire pared-down skeleton crew was wonderful during principal photography, and highly mindful of safety. We followed all industry protocols and CDC guidelines, and our PA circulated among the cast and crew every 30 minutes to provide everyone with medical-grade foam hand sanitizer. The crew remained masked 100% of the time, and all craft services were provided as single-serve meals.

Post-production had already begun by the time we received our Puffin grant. The grant helped us finish the film by ensuring we were able to complete sound design and score. The film has had a good run in the film festival circuit with 5 awards and 8 official selections in 2021. The score will be released on 12″ vinyl January 2021 from GCRecords.com.