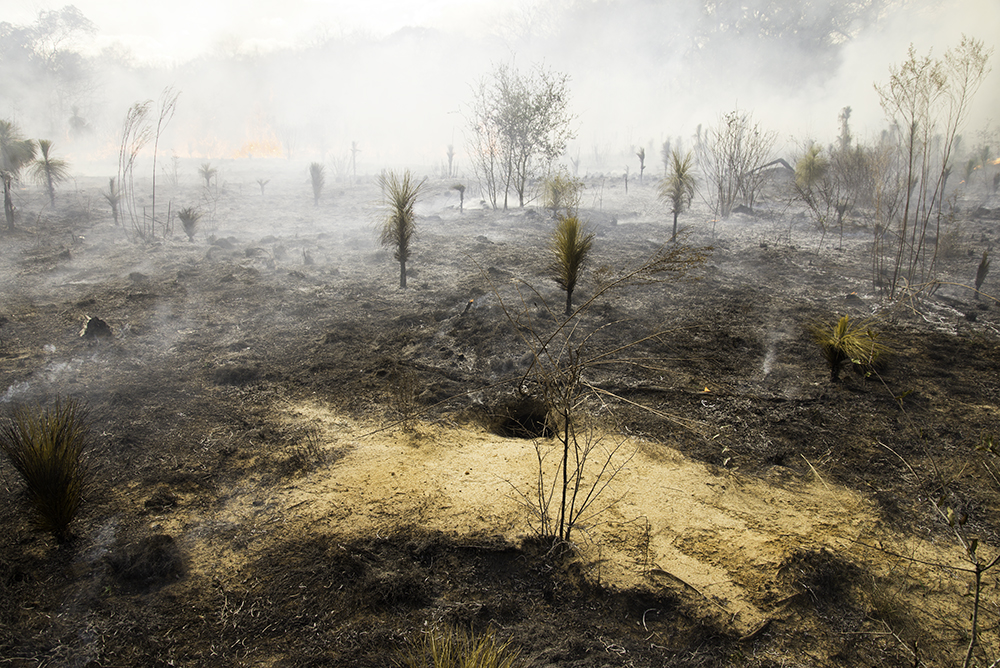 I have been documenting my family’s longleaf pine restoration project for four years to help illuminate the gravity of its impact and to inspire others to join the effort. The arts have long been important in movements for change, and environmental sustainability is no exception. Global reforestation is one of the major components essential to restoring biodiversity. This outreach project is to create exhibition quality prints—functioning as environmental activism—to carry an urgent message to a wider segment of the public as to how citizens can participate and why they are essential in this process.

The majority of woodlands in the US is owned by private individuals and families, and in the East in particular more than 80% of the land is privately owned. That said, landowners’ management choices are critical to the world’s effort to fight global warming.

Before the 20th century, pines ruled—not the fast-growing, scrawny species preferred for pulp. Shaped by frequent, low-intensity fires, longleaf developed fire-resistant characteristics that would allow them to thrive, forming one of the most extensive ecosystems in North America. Stalwart and slow-growing, longleaf dominated the southeast providing an open understory for endemic wildlife. The southern landscape of today would be unrecognizable to anyone who knew it before the logging and fire suppression that led this ecosystem to become one of the most endangered and fragmented in the US.

Growing between 30-40 m tall with a lifespan of 300-400 years, this native conifer once covered 90 million acres across the Southeast. The decline continues to this day with just 3% of peak range remaining. Able to withstand severe windstorms, resist pests, tolerate wildfires and drought and capture carbon from the atmosphere, longleaf are naturally more resilient to climate extremes than other southern pine species and therefore the best candidate for restoration to fight the effects of climate change.

Significantly transformed after only a short time, our farm is now home to a growing number of native plant and animal species, including the protected gopher tortoise. A keystone species, approximately 360 other species, several of which are also legally protected, use their burrows. Also, they spread many plant species seeds in their droppings, playing another valuable role in the ecosystem.

This work aims to represent the positive—the potential for documentary photography to effect change.