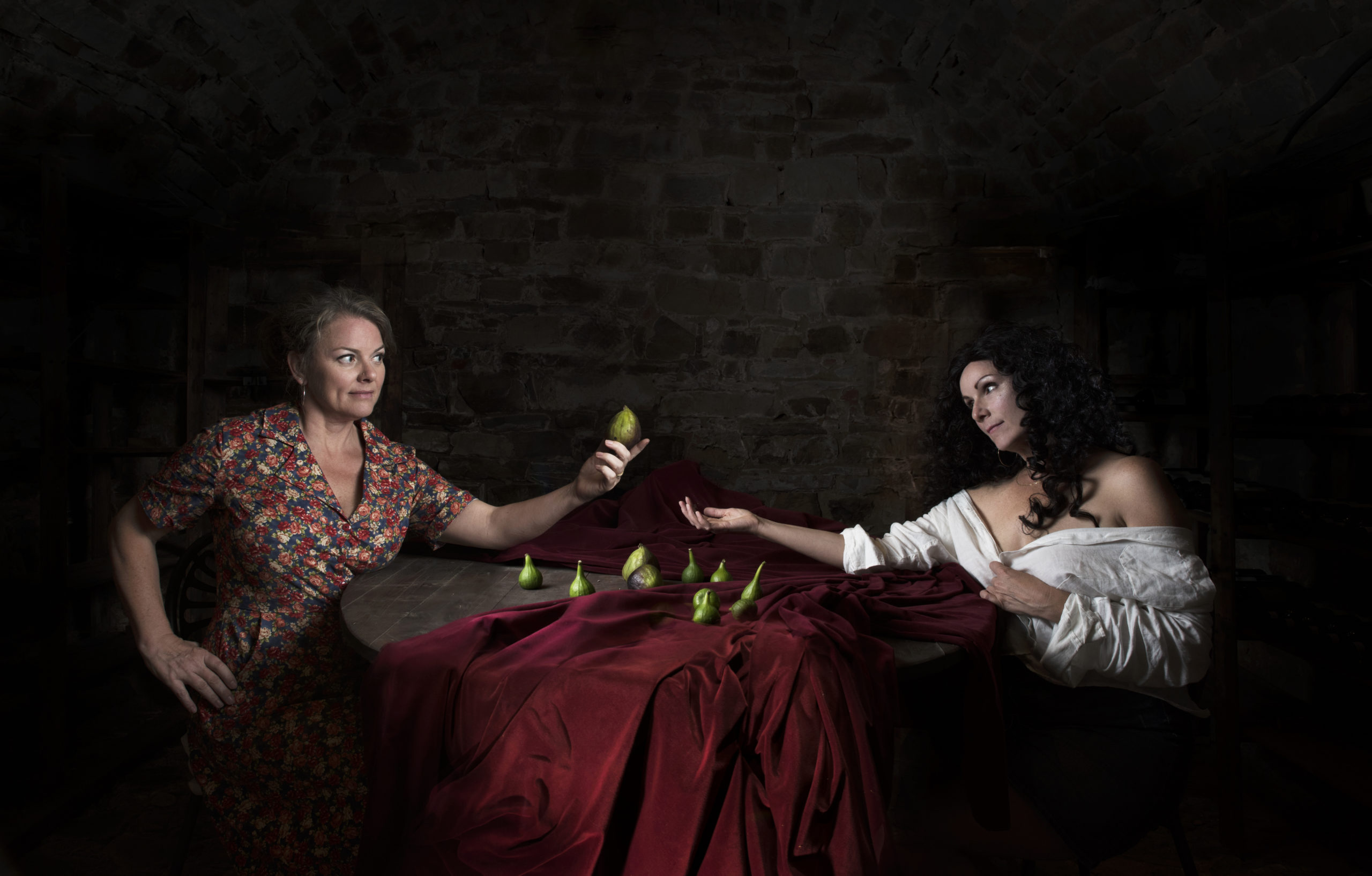 Rather than telling the typical story of eternal youth as frequently shown in media messaging and defined through the male gaze, Perform La Femme presents a more complex visual narrative comprised of the often-dismissed representation of the mature woman’s physicality, knowledge, creativity, and life experience.

These photographic tableaus are expressed in a range of environments and atmospheric lighting where recurring color palettes serve as metaphor for emotional and physical states of being, and body gestures read as code and objects within each scene hold symbolic meaning. The artists take on a myriad of enigmatic characters, as narratives, simultaneously Delphic and revealing, emerge.

In finding commonalities and differences within personal experiences, the artists create a stage where female camaraderie empowers a shared voice. Similar in some ways to the child-like play of “dress up”, each scene transports both artists to a state of imagination where both find the freedom to act out an evolving story. Becoming each other’s muse and teacher– all under the gaze of the lens– Perform La Femme deconstructs cultural ideals and empowers experiential knowledge of female identity within a predominantly patriarchal society.