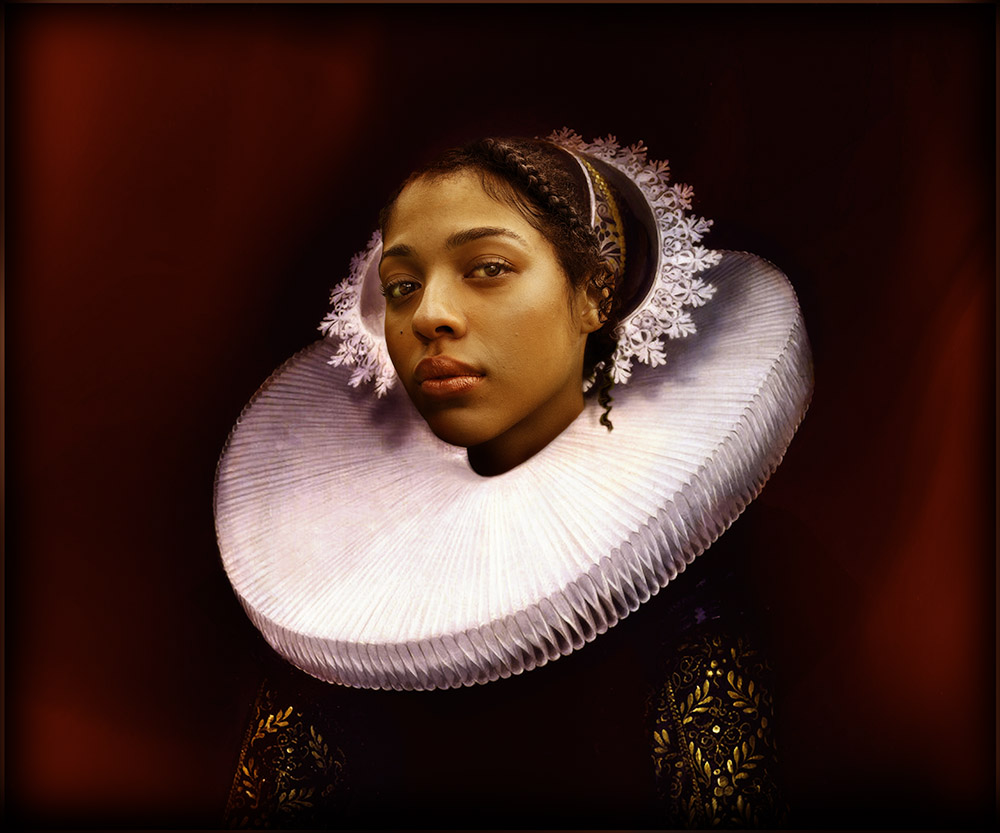 As today, in post-Renaissance Northern Europe, and particularly in what is now the Netherlands, social position, wealth, and class determined one’s dress. In addition to fine fabrics imported from foreign ports, hand-sewn lace was a perceived indicator of high economic and social status, the 1%. Because lace was fragile, expensive, and pristine white, it required frequent and careful laundering and bleaching, which necessitated numerous servants, always women. Only the 1% could afford this luxury.

During this period and following the Reformation, painters could no longer depend on the church to support their craft. They then turned to these wealthy patrons, the new mercantile 1%, for their livelihood.  Often living in precarious positions, these artists offered their services to paint portraits of members of the patron class, who sat in their costumed finery to have their likenesses memorialized. Living in precarious positions, the artists were poorly compensated.

In my photo-paintings based on portraits from that time, I hope to rectify and alter this arbitrary portrayal of one’s worth. Everyone, even members of the 98%, the marginalized and the ‘other’, deserves the honor of being memorialized and recognized.

My portrait- sitters represent the diversity of America: of various ages, economic strata, sexual orientation, occupations, ethnic and racial backgrounds. None of them would have would have had the privilege or benefit of high social status, just as today their lives are often threatened by discrimination in all its forms – racisms, ageism, and homophobia. My images present another alternative, hoping to at least visually rectify this social and economic imbalance.