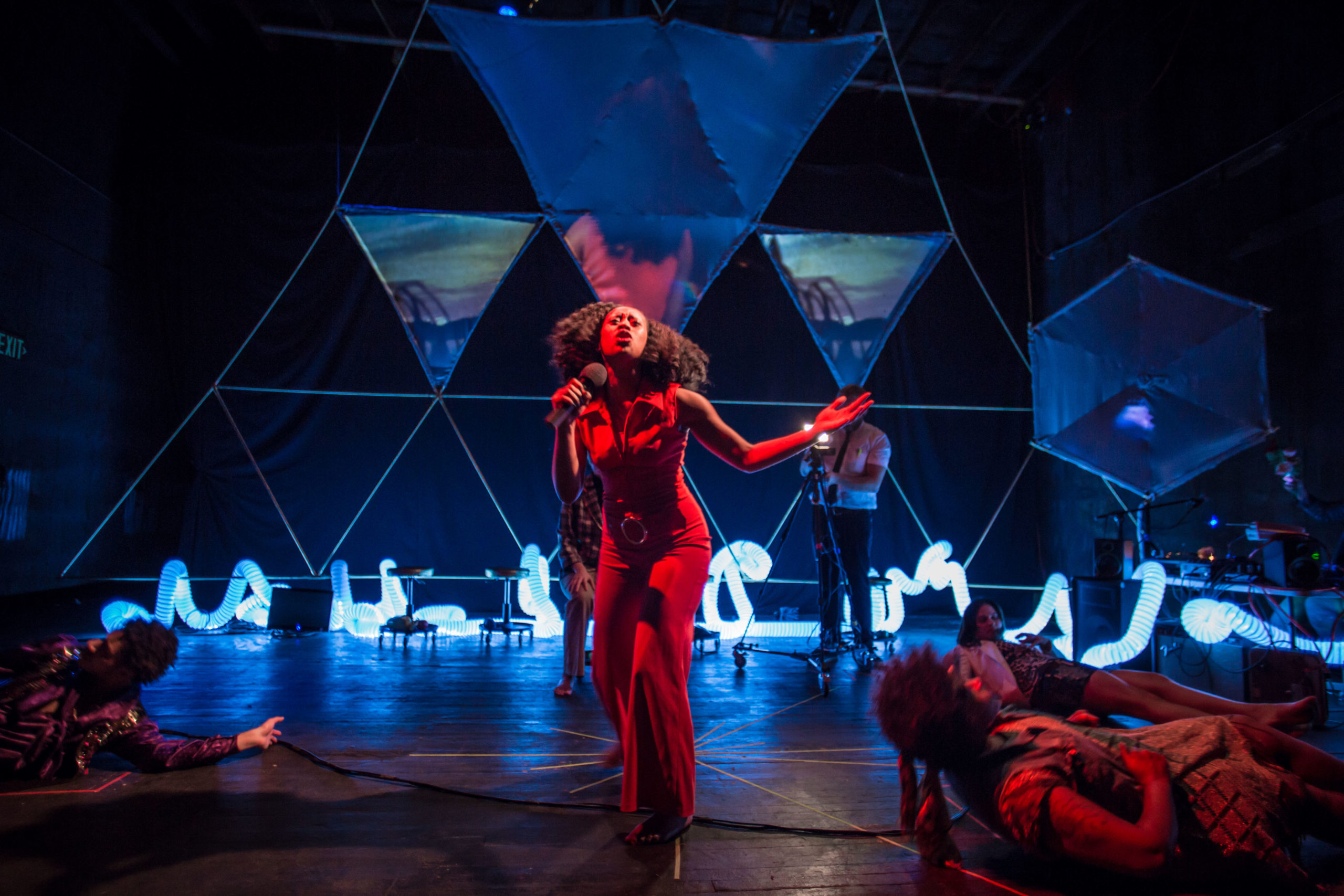 Re-Release Party is rooted in a project in 1977 led by Carl Sagan and a dynamic team of scientists and artists who created the Golden Record, a phonograph record which attempts to communicate the story of life on earth for extraterrestrials and future humans. The record, filled with messages from world leaders, greetings in many languages, pictures and sounds from earth, and a sampling of our music, was launched aboard the Voyager space probes on their interstellar reconnaissance mission, which continues to this day.

In an evening that travels through time and space, A Host of People evokes the original team’s story, while creating a new one–asking the audience to imagine what it is to communicate our vast, yet puny, existence to aliens and to ourselves. Through artifacts from the original record, video transmissions, imagistic journeys, poetry and interviews, strange dances and original music, each performance will re-release a new Golden Record for that specific night, in that particular place, with the humans in that room. As with all A Host of People shows, a party will unfold, celebrating both life here and the possible lives out there in this vast and awesome universe.

This piece is available to tour and has performed in Detroit; Mancelona MI, Chicago, and New Orleans.