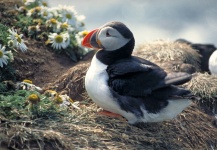 “Resurrections: ECO-logy & ECO-nomy: A Functional Trash-Art Exhibition” was an exhibition during May and June 2010 of works of functional art made from trash. In response to our consumer culture and the environmental destruction it is producing, artists were asked to place discarded objects at the center of their work to create tools for daily living. “Resurrections featured four satellite exhibits: “EcoHero Capes” (from the Boulder Museum of Contemporary Art’s Children’s Outreach Program), “Rising Tides: Trashing the Ocean,” “Reincarnation: Deconstruction and the Building Material Life Cycle” (from ReSource Yard) and “Twilight’s Last Gleaming: Nuclear Waste,” took place at the Boulder, Colorado Public Library’s Canyon Gallery from May 1 to June 30, 2010. In addition, Now or Never Theatre presented a children’s theatre program with puppets made from trash, there was a screening in the Agnes Varda film Les Glaneurs et la glaneuse (The Gleaners) and the Egyuptian film Garbage Dreams. On June 5, World Environment Day, we presented “Nuclear Madness: Three Films with Discussions,” with nuclear disarmament expert, Kathleen Sullivan and featuring the films In Our Hands, Dark Circle and Ultimate Wish.
Resurrections was a “locavore” exhibit, featuring forty-four artists mostly from the Colorado Front Range, who displayed more than 100 works from plastic dresses to vessels made of bottle caps and movie tickets, a headboard made of old fence and curtains from discarded photo slides. Middle-schoolers created an undersea installation with creatures made of plastic; Robert Del Tredici’s famous photos of nuclear waste sites were shown and the walls were covered with Barbara Donachy’s ceramic disks representing the amount on radioactive waste discarded in this area.