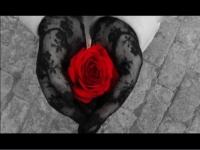 In our all-female theatrical production, this epic tragedy is set in the roaring 1920’s of Chicago amid gang rivalries and power struggles between the Italian and Irish within the underworld culture exploring the violent nature of gangsters and a women’s right to rise up in society.

As a production that takes place during Prohibition and soon after women’s suffrage, Romeo and Juliet will further a dialogue over the necessity of women in the theater, including in classic, historically male-centric, dramas.

The commitment of the Shakespeare’s Sister Company is to produce new and established plays by literary heroines, as well as by William Shakespeare. Our mission is to address global change through the theater, including women empowerment workshops and educational advancement.

Emulating the Al Capone vs. Bugs Malone rivalry, the Capulets’ represent the Italian south side and the Montagues’, the Irish north side. With a high unemployment rate leading toward the Great Depression, desperate people take desperate measures. The Capulets’ domination of bootlegging infuriates the Irish and sets up the tension leading to murderous fights—akin to the St. Valentine’s Day Massacre of 1929.

Underground Speakeasies, playing jazz and rag time music, provide a mysterious setting to escape from the strict laws of prohibition. The Capulets’ host a masked ball, inviting policemen to drink from their illegal alcohol stock and seal the deal to keep their bootlegging anonymous. Romeo sneaks into the Capulet’s masquerade and falls into forbidden love with the fair Juliet.