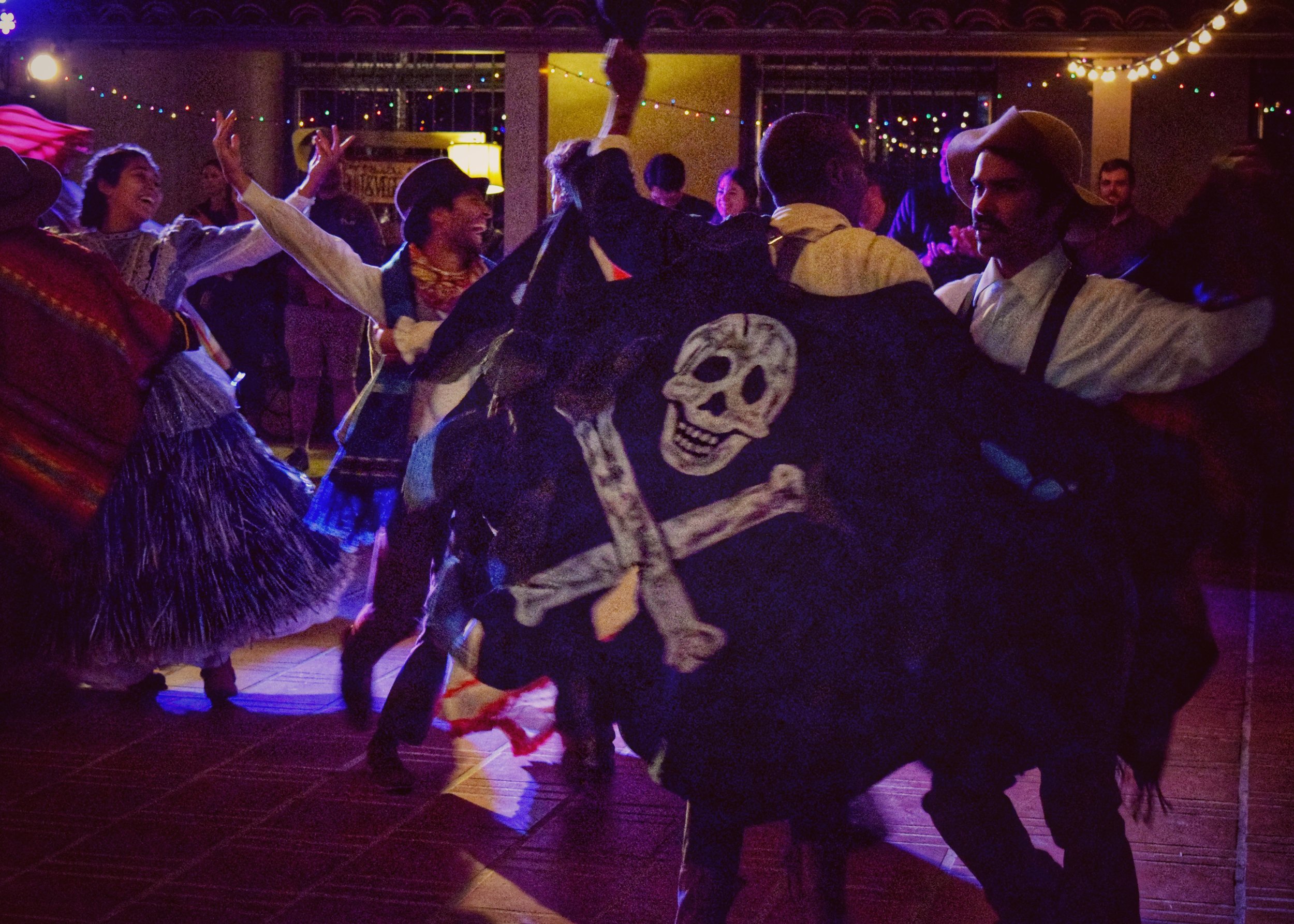 It’s 1942 and you receive an invitation to the book launch of Señor Plummer: The Life and Laughter of an Old Californian, Eugenio Plummer’s (mostly) true account of his life in early Los Angeles. You arrive in the newly dedicated Plummer Park, only steps away from where Plummer himself has lived since 1877 – but the festivities stir up a merry band of ghosts and shadows who sweep you into a past filled with wild-west duels, pirates, land-grabs, violent mobs, shark-riding, romances, epic court battles, and, of course, fiestas.

Told through a patchwork of tall-tales, large-scale puppets, masks, music and a cast of 20 actors, Rogue Artists Ensemble electrifies Señor Plummer’s whimsical tales of early Los Angeles in a memory map that reflects back the communities of our modern city. From Señor Plummer’s darkest nightmares to his most luminous joys, the adventures you encounter are not always friendly, not always logical, but always exist in the vibrant, mysteriously shifting ground at the very heart of Eugene Plummer, the original resident of West Hollywood.