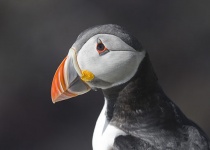 The Buffalo Project, which resulted in a play called Buffalo Heights (2014)

Inspired by the small town homophobia in THE CHILDREN’S HOUR and the isolation of RHINOCEROS, Producing Artistic Director of Tongue in Cheek Theater Productions, Jake Lipman, assembled a group of trusted actors and playwright Adam Harrell to devise an entirely new work.

The goal was to examine small town politics, isolation and homophobia, but to make it contemporary and comedic. Through a series of ‘devising rehearsals,’ actors fleshed out characters and scenarios.

The resulting play, BUFFALO HEIGHTS, tells the story of a high school French teacher, Fran, who returns to the U.S. from teaching in France and takes a job at Buffalo Heights High in Buffalo, NY. Once there, Fran encounters bias in several unforeseen ways, and makes an enemy of a student whose mother is a local congresswoman.

An early draft of the play was performed as a staged reading in February 2014, and further revised for a fully staged run in May of 2014. The piece quickly sold out and an extra performance was added. Reviewers recognized the piece as “Entertaining throughout… brought the house down laughing… a sign of nice things to come [for Tongue in Cheek]’ — StageBuddy.com

For more about the company, its mission, and its upcoming projects, visit www.tictheater.com