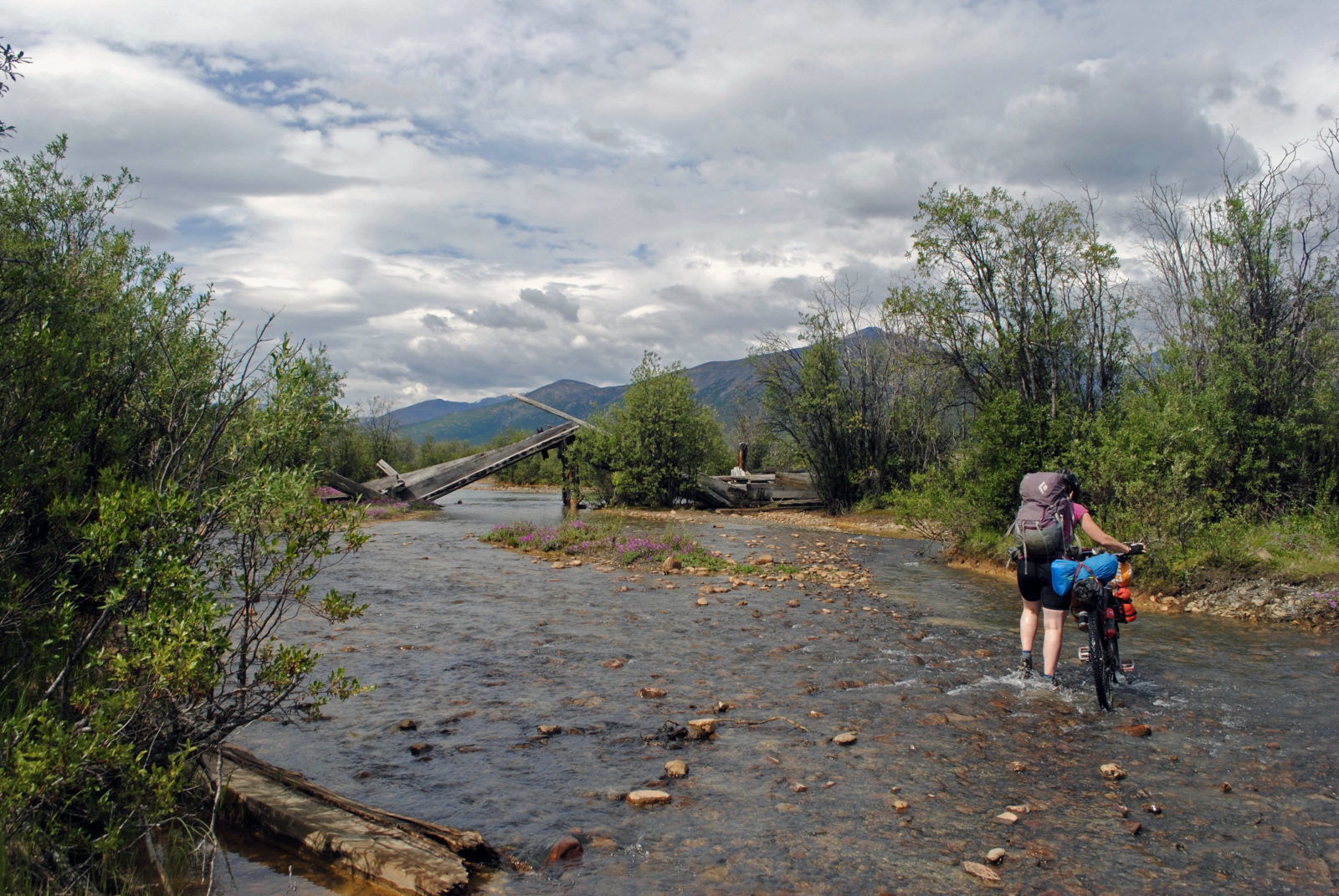 Traversing the Canol” captures the history of a wild place and wilder industrial ambitions. Five female cyclists cross the indifferent yet majestic landscape of the Selwyn and Mackenzie Mountains in northern Canada as they explore the history of the region. Their route follows the historic Canol pipeline, constructed by the US Army Corps in 1943, only to be abandoned two years later. Struggling through challenging terrain and mechanical issues, the riders trace the remnants of the pipeline. They explore the abandoned relics, reflect on the enduring legacy of the Canol’s short-term resource infrastructure, and witness the nascent remediation efforts of the Sahtu Dene to transform the Canol pipeline access road into a wilderness trail.