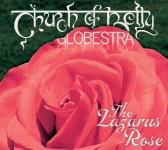 Experimental world pop composer Chris Rael discovered his Sephardic heritage in mid-life, prompting an exploration of his background. His investigation took him to Andalusia, Spain, where he discovered a Sephardic musical tradition mirroring much of the sonic palette he had developed over 20 years of mixing South Asian music with Western rock in his experimental pop band Church of Betty. Teaming with Bulgarian singer Vlada Tomova, bandmates Deep Singh, Marlon Cherry, Rima Fand, Claire de Brunner, flamenco percussionist Nacho Arimany and bansuri flutist Steve Gorn, Rael created modern world music arrangements of songs from Andalusia, the Middle East, Turkey and the Balkans, reflecting a greatly accelerated contemporary version of the once gradual integration that occurred with the melding of cultural influences over decades and centuries of migration. These songs deviate far from the pure form of the source material, intending to create something totally new from something beautiful and old. Thanks to the Puffin Foundation, the world music audience can now experience this modern experiment in interpreting the past.