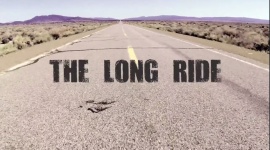 The US economy depends on immigrants, but often, their “American Dream” turns into a nightmare when they are victimized by wage theft and must work in the most dangerous jobs. When they voice concerns or try to organize unions to improve their working conditions, employers often threaten, fire and retaliate resulting in lost livelihoods, immigration raids, detentions, deportations and family separation. In 2003, more than 900 immigrants and allies boarded buses and traveled across America to focus public attention on the plight of immigrant workers and the need for comprehensive immigration reform. The Immigrant Workers Freedom Ride was inspired by the 1961 Civil Rights Freedom Riders who risked their lives fighting to end segregation. The Long Ride follows 106 Freedom Riders from Northern California during their 12-day cross-country journey.

Some Riders risked arrest and deportation by participating in the Ride. Nevertheless, they bravely spoke publicly about their immigration experiences and the difficulties they face in their adopted homeland. The Riders confronted the immigration system head-on by demonstrating at an Immigration and Customs Enforcement office, and were met by angry, anti-immigrant counter-protestors. They faced their inner most fears when they heard that fellow Riders traveling from Los Angeles were detained by the Border Patrol. They were joined by 1961 Freedom Rider and Civil Rights icon Congressman John Lewis and delivered their message to lawmakers. The Ride culminated with a rally of more than 100,000 people — at the time, the largest such event in history. The Riders became leaders in a cause greater than themselves — the struggle to improve the lives of all workers — and experienced the transformative power of going from living in the shadows in fear to speaking out and finding strength in collective action. They learned that it may take a lifetime to accomplish their goals, but they also found the courage to fight for change.