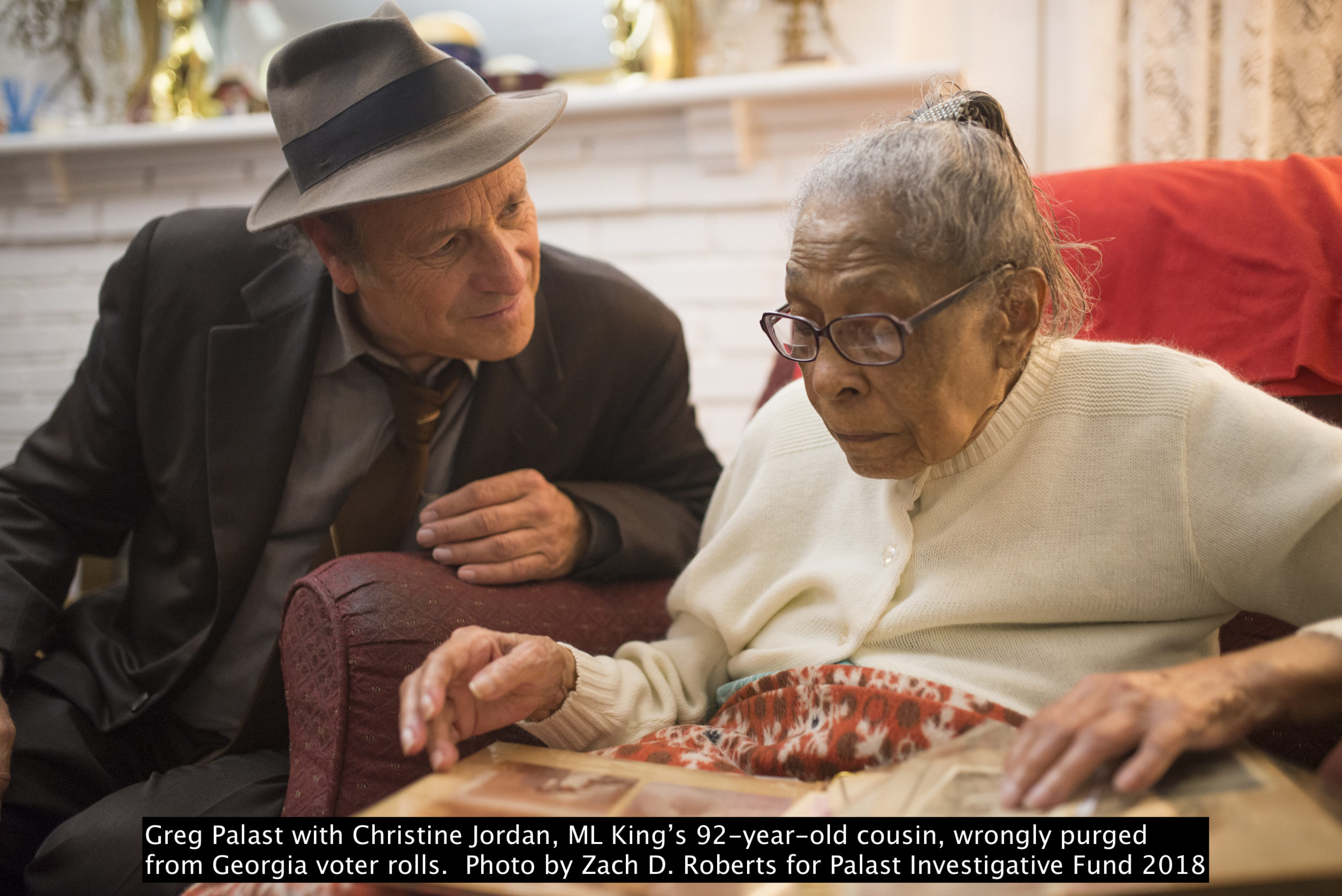 In 2018, though sophisticated use of databases, we discovered that Georgia had purged 340,134 voters who supposedly moved including ML King’s 92 year old cousin— but, in fact, had never moved—all captured on our cameras, seen worldwide.

Georgia’s purge tactics have spread to Ohio, Wisconsin and other states so that, by 2020, 17 million voters have been purged—millions erroneously.

This year, for The Guardian, the Palast team, through legal action, film, undercover investigative techniques and old fashioned investigative reporting, is exposing, “Purge by Postcard.”  A voter ends up on a “mover” list, or does not vote in a couple of elections and the state sends a postcard—looks like junk mail. Few (mostly older, white homeowners) send the card back.  The rest are purged from the rolls.  In Wisconsin, we just discovered that 165,000 voters will be wrongly purged for moving from their county including the County Supervisor of Milwaukee—not surprisingly, a Black woman.  We can stop it.

Puffin has made possible the investigations behind Palast’s four NY Times bestsellers, including The Best Democracy Money Can Buy, now a documentary.