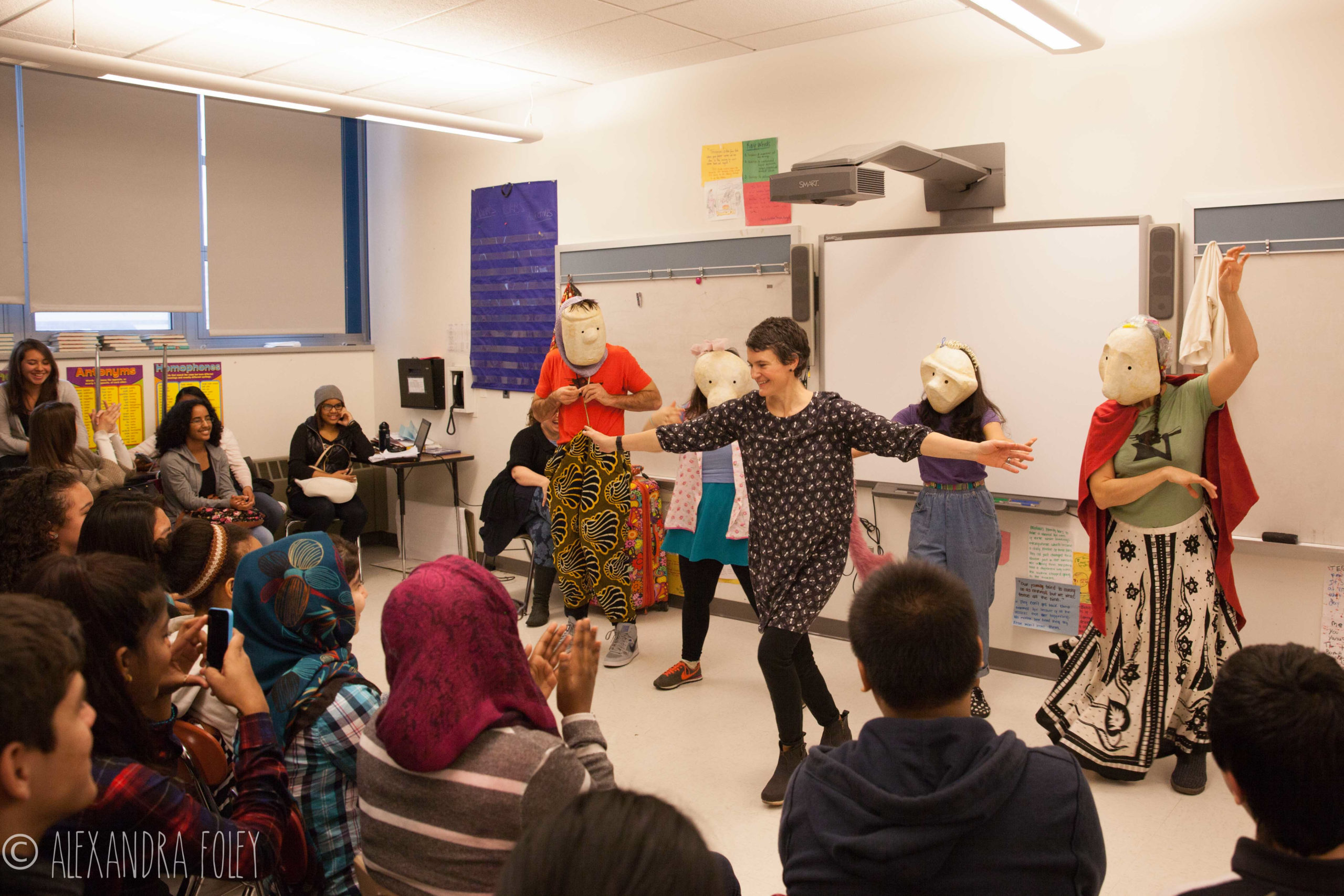 The International High School at LGCC is a New York City public school that serves recent immigrants. Many of the students are refugees and a large percentage are part of the free lunch program. In order to attend the school, they have to have arrived in the country no more recently than five years. With the support of the Puffin Foundation, we were able to bring two performances of Very Serious Theatre to the International High School. We staged improvised mash-ups of their choice of Shakespeare play and their English class reading. The performance features masked performers who attempt to stage Shakespeare’s plays but always mess them up. This time, we set about trying to NOT to stage Romeo and Juliet but always returned to it as we attempted to stage The Stranger and Dreams from my Father.  The real juice of these shows is in the “mistakes.” We get the students to be the authorities and we are the fools.

There was a lot of laughter, a bit of dancing and a lot of student input. Our favorite question was about whether it was okay to make fun of such important literature.  We had some great discussions about comedy and performance and critical thinking afterwards. For some students, our show was the first theatre they had ever seen in their lives. Two inspiring shows, four incredible classes and all made possible by support from the Puffin Foundation.