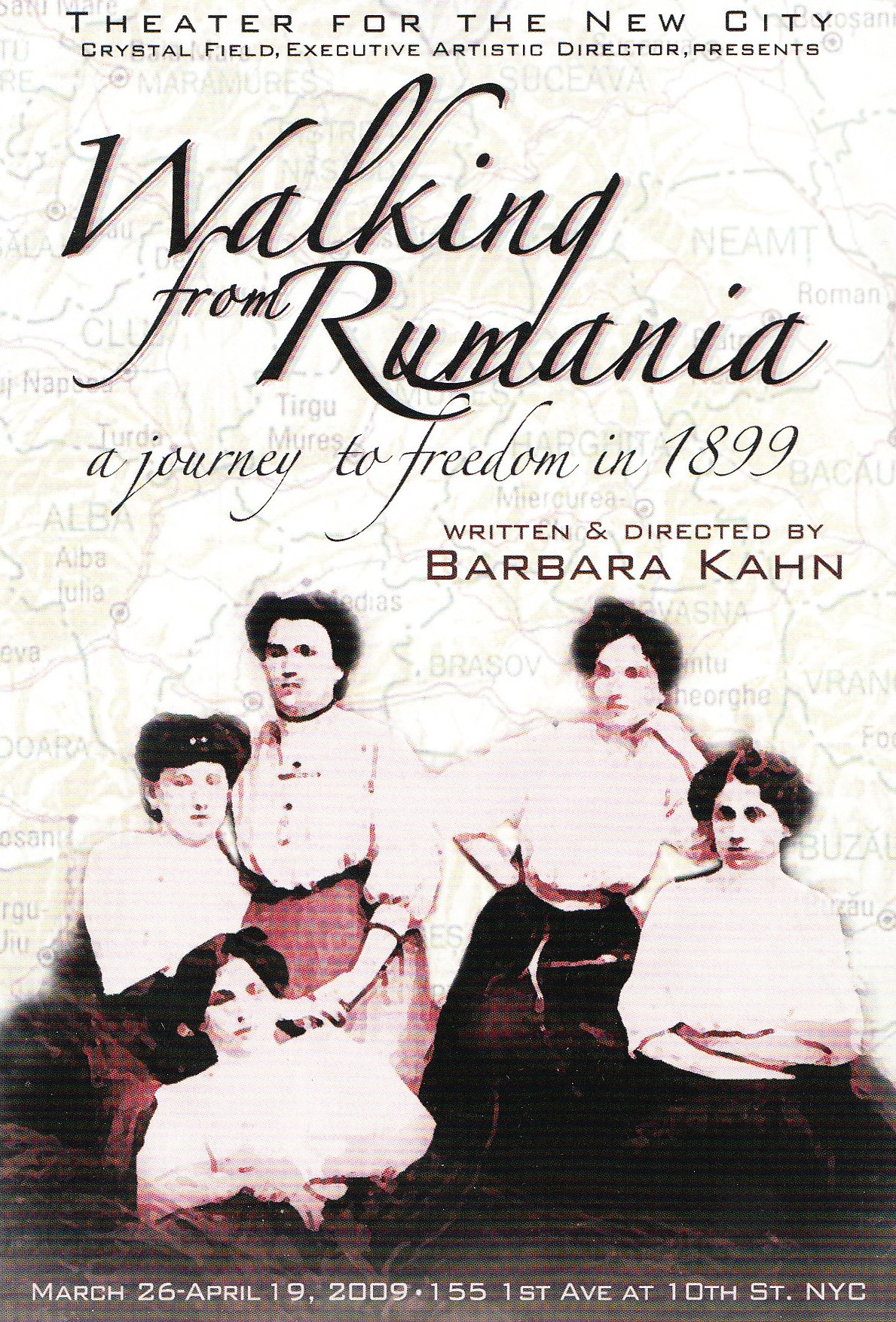 Late 19th century Rumania was a place where the government organized and supported the oppression of its minorities—both Jews and Roma (Gypsies). The budding Zionist movement competed for Jewish attention with the Hasidic religious movement; the church still preached the blood libel charges against Jews; Roma were isolated and despised by most of the population. Jews were excluded from various occupations and educational opportunities, a foreshadowing of the Holocaust that was to come in mid-20th century Europe. This oppression became a call to the majority population to commit acts of terror against those who were “other.” Walking from Rumania recreates this atmosphere of danger that prompted tens of thousands of Jews to find refuge elsewhere. Five women in a small make preparation to join the larger group, called “Esther’s Daughters,” that is leaving the nearest city in three months time. They meet weekly, divide job assignments and do physical training for the arduous journey ahead. Occasional disputes occur over differences in personality, religious beliefs and fear of what lies ahead. A pogrom (rampage against Jews) brings tragedy and provides greater impetus for the women to risk the journey. Non-Jewish characters face the choice of participating in the oppression or of helping their Jewish neighbors. The Roma characters, an itinerant musician and his dancer sister, function throughout the play as a “Greek chorus,” with folk tales and music that comment on the action of the play. I read more than fifty Rumanian Gypsy folk tales before writing my own for the play. Allison Tartalia put them to music. Walking from Rumania concludes on a hopeful note, with the fusgeyers on the verge of beginning their daring escape.