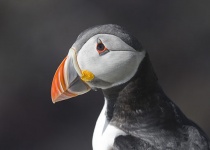 When We Were Young/There Was A War

WHEN WE WERE YOUNG / THERE WAS A WAR is a visually stunning, immersive bilingual (English and Spanish) documentary website that enlightens and engages viewers as they learn about the armed conflicts and their aftermaths in Guatemala and El Salvador. Watch the poignant personal video stories of Central Americans – filmed both as teens in the midst of war and adults twenty years later – reflecting on past and present. Supporting text and photos explore the larger context of the wars and the continuing connections between the history and people of Central America and the United States.