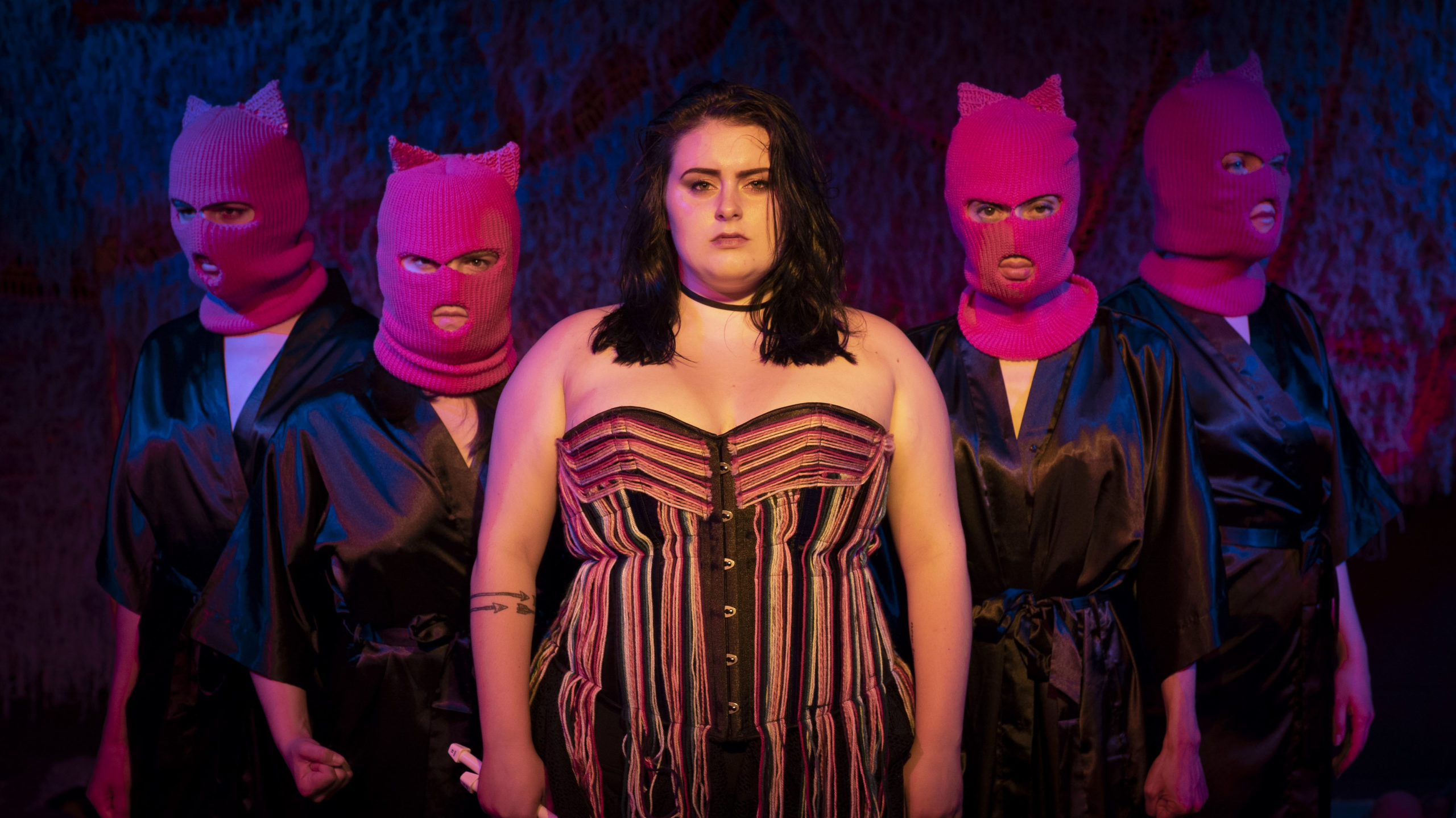 The concept for Yarns derived from a passage from Debbie Stoller’s crochet how-to manual, The Happy Hooker: “…[A] lace manufacturer admitted that he expected his workers to turn a few tricks on the side to make up for his not paying them a living wage….this may even explain how the word “hooker” came to have such wayward connotations.” This connection raised questions about gendered labor. Both sex work and fiber arts, such as knitting and crochet, have traditionally been feminized and, therefore, dismissed; fiber arts are considered lesser than the high art traditions of painting and sculpture, while sex work is written off as an easy way for a woman of loose morals or dire circumstances to make a quick buck.

Yarns was developed and presented by No Dominion Theatre Co. in residency at Jersey City Theater Center in 2018 and was written by Chandy Bennett, Michael Joel, Caiti Lattimer, Carrie O’Dell, and Adrienne Sowers and directed by Michael Joel and Carrie O’Dell. The production follows a group of five women as they seek change and empowerment despite the hostile world that surrounds them. Utilizing texts from various sources and interviews from sex workers and fiber artists, Yarns takes us to a brothel where the women survive by turning tricks and creating warmth from the yarn that surrounds them, under the watchful eye of a man who calls himself their protector. Culminating in an unforgettable burlesque performance, Yarns shows the true meaning of female empowerment and how “women’s work” is a force to be reckoned with.