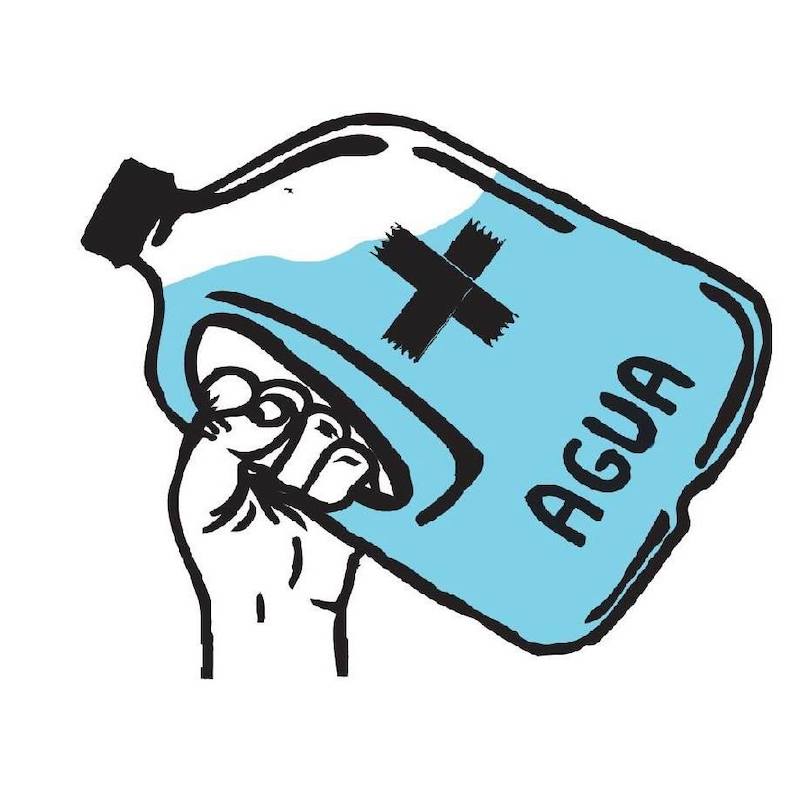 Puffin is proud to announce No More Deaths as the winner of this Year’s ALBA/Puffin Award for Human Rights Activism.

“No More Deaths is comprised of individuals from all walks of life who are standing up in defense of human rights against the ill-formed and odious actions of their own government. Their work speaks louder than words, saving lives that have been devalued by heartless US policies.”– said Perry Rosenstein, The Puffin Foundation’s Founder and President who passed away just last month. Read more about the joint award with the Abraham Lincoln Brigade Archives here.

The Abraham Lincoln Brigade Archives (ALBA) is pleased to announce that the 2020 ALBA/Puffin Award for Human Rights Activism will go to No More Deaths in support of its humanitarian efforts to alleviate the suffering and end the fatalities of those crossing the southern border of the United States. One of the largest monetary awards for human rights in the world, the ALBA/Puffin Award is a $100,000 cash prize granted annually by ALBA and the Puffin Foundation to honor the nearly 3,000 Americans who volunteered in the Spanish Civil War (1936-1939) to fight fascism under the banner of the Abraham Lincoln Brigade. This year’s award acknowledges the urgent need for humanitarian aid to safeguard the lives of immigrants and refugees worldwide, and the profound bravery of the civil disobedience sometimes necessary to accomplish that goal. The award ceremony will take place at a live online gala on May 17, 2020 at 5pm EDT.

“No More Deaths is comprised of individuals from all walks of life who are standing up in defense of human rights against the ill-formed and odious actions of their own government. Their work speaks louder than words, saving lives that have been devalued by heartless US policies.”– said Perry Rosenstein  (Mr. Rosenstein, who served as the Puffin Foundation’s Founder and President, passed away just last month)

No More Deaths is a humanitarian organization based in southern Arizona. It was created in 2004 as a coalition of community and faith groups, dedicated to stepping up efforts to stop the deaths of migrants in the desert and to achieving the enactment of a set of Faith-Based Principles for Immigration Reform. This coalition later developed into an autonomous project dedicated to ending the death and suffering in the Mexico–US borderlands through multiple projects of civil initiative.

“It’s an honor to be recognized for the vital work we do in the borderlands. Over the past few years our organization has been targeted as part of widespread attacks on undocumented people in the United States. However, we will not be deterred,” stated Paige Corich-Kleim, a longtime desert aid worker. “We will use these resources to further our mission and continue to stand in solidarity with migrating people around the world.”

Drawing on the foundational principles of humanity, neutrality, impartiality, and independence, No More Deaths is dedicated to its mission to end death and suffering in the US Borderlands. The organization has conducted multiple projects to aid and bear witness to the struggles of migrants at the border. Through its network of volunteers, No More Deaths has maintained a year-round humanitarian presence in the deserts of southwestern Arizona; a program of research and documentation to expose patterns of abuse against people crossing the border at the hands of Border Patrol; an aid program in northern Sonora for migrants that plan to cross the desert; and a weekly legal clinic in Tucson that works side by side with community members applying for status or facing deportation and that trains participants to help each other through the immigration court process. No More Death also operates a 24-hour Missing Migrant Hotline and deploys search and rescue teams to look for the disappeared.

“No More Deaths embodies the same spirit of volunteerism, humanitarian intervention, and courage that animated the volunteers of the Lincoln Brigade more than 80 years ago,” said Kate Doyle, Chair of ALBA’s Human Rights Committee. “In the face of the global refugee crisis and the failure of current public policies, No More Deaths offers a powerful model for personal and collective conscientious engagement.”

The event will be broadcast on ALBA’s Facebook Page

BACKGROUND
The Abraham Lincoln Brigade Archives: www.alba-valb.org The Abraham Lincoln Brigade Archives (ALBA) is an educational non-profit dedicated to promoting social activism and the defense of human rights. ALBA’s work is inspired by the American volunteers of the Abraham Lincoln Brigade who fought fascism in the Spanish Civil War (1936-39). Drawing on the ALBA collections in New York University’s Tamiment Library, and working to expand such collections, ALBA works to preserve the legacy of the Abraham Lincoln Brigade as an inspiration for present and future generations. Other recipients of the ALBA/ Puffin Award for Human Rights Activism include investigative journalists Lydia Cacho and Jeremy Scahill; Judge Baltasar Garzón; Kate Doyle and Fredy Peccerelli, who work to expose human rights violations in Guatemala; United We Dream, a national network of youth-led immigrant activist organizations that fight for the rights of millions of undocumented immigrants in the United States; public-interest lawyer Bryan Stevenson; Spain’s Association for the Recovery of Historical Memory; Proactiva Open Arms, dedicated to rescuing migrants in the Mediterranean; the Coalition of Immokalee Workers, a worker-based labor and human rights organization founded in Florida in 1993; and the Immigrant Justice Campaign, a legal aid organization that works to increase access to legal counsel for immigrants held in detention centers.

The Puffin Foundation: www.puffinfoundation.org Since it was founded in 1983, the Puffin Foundation Ltd. has sought to open the doors of artistic expression by providing grants to artists and art organizations who are often excluded from mainstream opportunities due to their race, gender, or social philosophy. The Puffin, a species whose nesting sites were endangered by encroaching civilization, were encouraged to return to their native habitats through the constructive efforts of a concerned citizenry. The Foundation has adopted the name Puffin as a metaphor for how it perceives its mission, which is to ensure that the arts continue to grow and enrich our lives. In so doing it has joined with other concerned groups and individuals toward achieving that goal. The Puffin Foundation is also a long-standing supporter of ALBA’s educational mission.