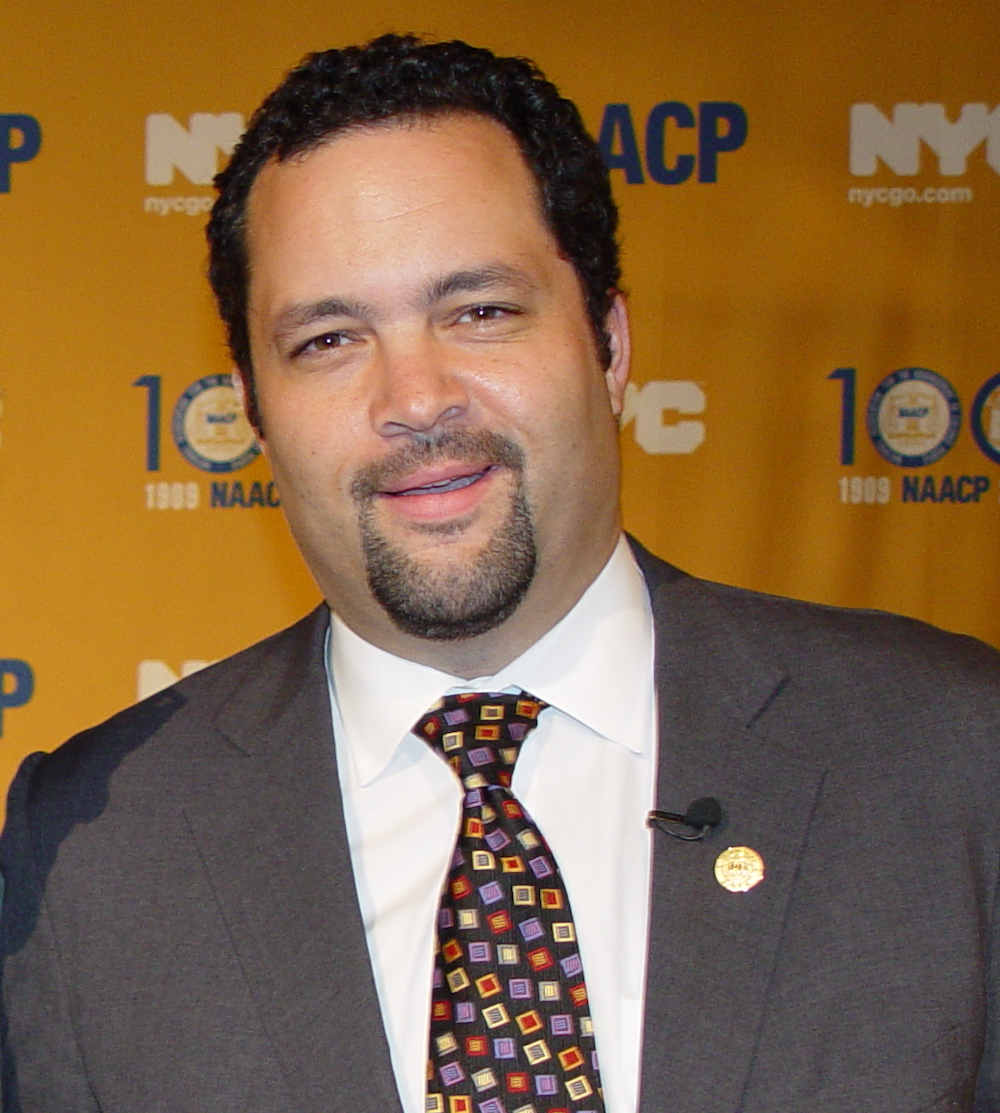 The Nation Institute and The Puffin Foundation announced today that Benjamin Todd Jealous, President and Chief Executive Officer of the National Association of the Advancement of Colored People (NAACP) will receive the annual $100,000 Puffin/Nation Prize for Creative Citizenship. This prestigious award will be presented to Jealous on Monday, December 3, 2012 at Type Media Center’s (fka The Nation Institute) Annual Dinner Gala in New York City.

The Puffin Foundation and The Nation Institute co-sponsor this annual award, given to an individual who has challenged the status quo through distinctive, courageous, imaginative, and socially responsible work of significance. Recipients are drawn from a broad range of occupations and pursuits, including academia, journalism, public health, literature, art, the environmental sciences, labor, and the humanities. The prize is intended to encourage the recipients to continue their work, and to inspire others to challenge the prevailing orthodoxies they face in their careers.

Jealous is receiving the award for his unwavering dedication to civil and human rights. As the youngest person to lead the NAACP, Jealous has invigorated civil rights by building new alliances across progressive communities. Under his leadership, the NAACP has taken on an array of the most pressing issues of our time: inequity in opportunity and education, climate change, supporting marriage equality, fighting to save the life of Troy Davis, and ending the death penalty. The NAACP has worked tirelessly to expand and protect the franchise, registering thousands upon thousands of voters while fighting voter suppression efforts at every turn.

Perry Rosenstein, President of The Puffin Foundation Ltd., the co-sponsor of the Creative Citizenship award, said “Benjamin Todd Jealous, President of the NAACP, is bringing creativity and estimable energy to this oldest and largest civil rights organization. From the ballot box to the classroom, death row to the Supreme Court, Jealous is a front-line fighter of justice and equality, and a visionary who sees the interconnected nature of all kinds of human rights struggles. Benjamin Todd Jealous has not simply answered the call to lead, he is inspiring us. We are proud to honor him with the Puffin/Nation Prize for Creative Citizenship.”

During his tenure, the NAACP’s online activists have swelled from 175,000 to more than 600,000; its donors have increased from 16,000 individuals per year to more than 120,000; and its membership has increased three years in a row for the first time in more than 20 years.

“I’m humbled to be recognized with The Puffin/Nation Prize for Creative Citizenship and honored to join a distinguished list of past honorees, all of whom have inspired me with their enduring commitment to justice and human rights,” said Benjamin Todd Jealous, President and CEO of the NAACP. “Our work carries on the legacy of the tremendous visionaries who founded the NAACP — with the support of The Nation — more than a century ago. I am proud to stand on their shoulders, along with thousands of NAACPers and our allies, in the fight for racial equality, human rights, and a brighter tomorrow for all Americans.”

Over past two decades, Jealous has helped organize successful campaigns to abolish the death penalty for minors, stop Mississippi’s governor from turning a historically Black university into a prison, and pass federal legislation against prison rape. Before joining the NAACP, his investigative journalism at the Jackson Advocate was credited with helping save the life of a white inmate who was being threatened for helping convict corrupt prison guards, free a Black small farmer who was being framed for arson, and spur official investigations into law enforcement corruption.

As President of the NAACP, Jealous has opened national programs on education, health, and environmental justice. He has also greatly increased the organization’s capacity to work on issues related to the economy and register and mobilize voters.
“I am proud to see President Jealous’ innovative leadership honored by The Nation Institute and The Puffin Foundation,” said NAACP National Board Chairman Roslyn M. Brock. “One hundred and three years ago the NAACP set out with a goal to fundamentally change American society —and we succeeded. We look forward to another century of game-changing advocacy, and Ben will help get us there.”

Jealous plans to use the prize money for a college fund for his own children, as well as De’Jaun Davis-Correia, the nephew of Troy Davis.

Andy Breslau, President of The Nation Institute and co-sponsor of The Puffin/Nation Prize for Creative Citizenship, said that “moral clarity, sophisticated strategic thinking and being an effective tactician don’t often come in one package, but Benjamin Todd Jealous shows that sometimes they can. During his tenure as President of the NAACP, Ben’s work against voter suppression efforts, for justice in the Troy Davis case, and many others, as well his standing tall in the fight for marriage equality have sent a signal that the NAACP is a contemporary force to be reckoned with. For representing leadership in the never ending battle for justice and exemplifying the best of a new generation of fighters for equality, we are thrilled to bestow The Puffin/Nation Prize for Creative Citizenship to Benjamin Todd Jealous.”